In Resolution Conf. 13.2 on Sustainable use of biodiversity: Addis Ababa Principles and Guidelines, Parties were urged, when adopting NDF processes and making CITES NDFs, to make use of the Principles and Guidelines for the Sustainable Use of Biodiversity (Secretariat of the Convention on Biological Diversity, 2004) taking into account scientific, trade and enforcement considerations determined by national circumstances. At CoP14 (The Hague, 2007), Parties further agreed to take into consideration some recommendations on this point made by the Animals and Plants Committees. These are contained in Annex 2 to the revised Resolution Conf. 13.2 (Rev. CoP14). The Committees advised that, although the Addis Ababa Principles and Guidelines are not always immediately applicable to the decision-making process under CITES, particularly with respect to making NDFs, they could nevertheless support the existing IUCN guidance for the making of NDFs and would be valuable for the development of taxon-specific guidelines, for instance for tree species. They highlighted Principles 1, 2, 4, 5, 6, 7, 8, 9, 11 and 12 which, on a case-by-case basis, may be considered for possible development of further taxon-specific NDF guidelines.

In the CITES Strategic Vision: 2008-2020 last revised  at CoP16 (Bangkok, 2013) in Resolution Conf. 16.3, the Parties set an objective that best available scientific information should be the basis for NDFs. Mandated by the CoP, the Standing Committee at its 57th meeting went on to agree indicators for this objective as follows:

a) The number of surveys undertaken by exporting countries of:

i) the population status as well as the trends in and impact of trade upon Appendix-II species; and

ii) the status of and trend in Appendix I species and the impact of any recovery plans;

b) The number of Parties that have adopted standard procedures for making non-detriment findings;

c) The number and proportion of annual export quotas based on population surveys; and

d) The number of Appendix-II species for which trade is determined to be non-detrimental to the survival of the species as a result of implementing recommendations from the Review of Significant Trade.

In Resolution Conf. 14.7 (Rev. CoP15) on Management of nationally established quotas, the Parties recognized the linkage between export quotas and NDFs and adopted guidelines to manage these quotas. In particular, they agreed that an export quota system is a management tool, used to ensure that exports of specimens of a certain species are maintained at a level that has no detrimental effect on the population of the species. The setting of an export quota advised by a Scientific Authority effectively meets the requirement of CITES to make an NDF for species included in Appendix I or II and, for species in Appendix II, to ensure that the species is maintained throughout its range at a level consistent with its role in the ecosystems in which it occurs. When export quotas are established for the first time or revised, this should be as a result of an NDF by a Scientific Authority and this NDF should be reviewed annually.

Whilst the CoP has not adopted any binding specific guidance to Parties on the methodology for the establishment of NDFs, it has nevertheless in effect agreed to such findings in a number of circumstances:

a) The effect of Resolution Conf. 9.21 (Rev. CoP13) is that export quotas for Appendix-I species set by the CoP are interpreted as fulfilling NDF requirements by exporting and importing countries unless new scientific or management data have emerged to indicate that the species population in the range State concerned can no longer sustain the agreed quota.

b) Annual export quotas (Botswana: 5; Namibia: 150; Zimbabwe: 50) for live specimens and hunting trophies of cheetah (Acinonyx jubatus) were agreed at CoP8 (Kyoto, 1992) on the basis of document Doc. 8.22 (Rev.). These were put into effect as an annotation to the Appendices.

c) In addition, in Resolutions Conf. 10.14 (Rev. CoP16), Conf. 10.15 (Rev. CoP14) and Conf. 13.5 (Rev. CoP14), the CoP has agreed to export quotas for whole skins or nearly whole skins (including hunting trophies) of leopard (Panthera pardus) from 12 African Parties, hunting trophies of markhor (Capra falconeri) from Pakistan and hunting trophies of black rhinoceros (Diceros bicornis) from Namibia and South Africa. Parties seeking to establish or amend such a quota for a species included in Appendix I are required to present supporting information including details of the scientific basis for the proposed quota, although further guidance has not been provided by the CoP. Recent successful proposals found in documents CoP13 Doc. 19.1-19.4 and CoP14 Doc. 37.1 however, suggest that the CoP considers information on: distribution, population status, population trends, threats, utilization and trade, actual or potential trade impact, population monitoring, management measures and control measures to be important with respect to these Appendix-I species.

d) For hunting trophies of Appendix-I species more generally, Resolution Conf. 2.11 (Rev.), recommends that the Scientific Authority of the importing country accept the finding of the Scientific Authority of the exporting country that the exportation of the hunting trophy is not detrimental to the survival of the species, unless there are scientific or management data to indicate otherwise, but again the Conference of the Parties has not determined more detailed guidance on this matter.

On the initiative of Mexico, through document CoP14 Doc. 35 presented at CoP14, the Parties decided to call for an international expert workshop on NDFs to enhance CITES Scientific Authorities’ capacities, particularly those related to the methodologies, tools, information, expertise and other resources needed to formulate NDFs.

The resulting International Expert Workshop on CITES Non-Detriment Findings was held in Cancún, Mexico from 17 to 22 November 2008. It was attended by 103 participants from 33 countries of the six CITES regions. The proceedings of the workshop can be found hereand further details can be found on the workshop website [in English only].

Arising from this initiative and on the basis of a proposal from the Animals and Plants Committees, the Conference of the Parties adopted at CoP16 Resolution Conf. 16.7 on Non-detriment findings which inter alia provides a number of concepts and non-binding guiding principles for Scientific Authorities to take into account in considering whether trade may be detrimental to the survival of a species. The Resolution further encourages Parties to maintain written records of the science-based rationale for NDF assessments, to explore methods for making NDFs, to share their experiences and to provide assistance to developing countries to improve their capacity to make NDFs.

The Conference of the Parties recommended that Scientific Authorities consider, as a reference for making non-detriment findings, the information included in the Annex to document AC26 /PC20 Doc. 8.4. 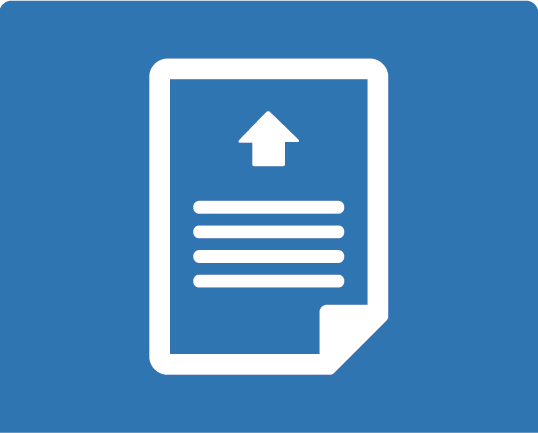