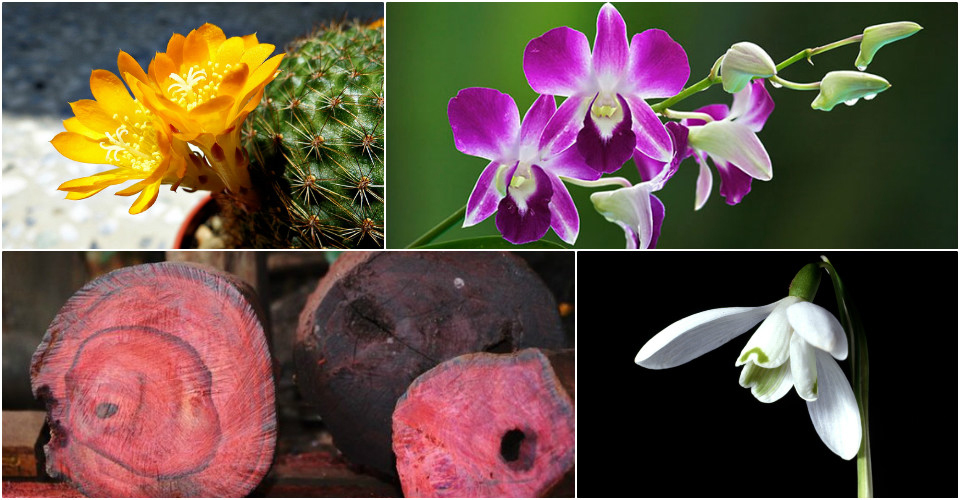 The Plants Committee reviewed the conservation status of and trade in a wide range of CITES-listed wild plants that are harvested for trade and used in a large variety of products. They include high-value timbers such as African teak, rosewood, palisander, African sandalwood and ebonies; valuable non-timber forest products such as African cherry and agarwood; as well as orchids and all sorts of orchid derivatives; medicinal plants; and ornamental plants such as cacti.

The Committee developed guidance for sustainably harvesting perennial plants and tree species; identified ways to strengthen the capacity of the CITES authorities managing and monitoring trade in plants; and addressed issues such the identification of CITES-listed timbers, and forensic sciences to help in controlling this timber trade.

The Committee commended the Democratic Republic of the Congo for the progress made in bringing international trade in African teak back to sustainable levels, and recommended some specific actions. But for a number of other species such as rosewood, ebonies and palissanders, it expressed concerns about unsustainable exploitation levels and illegal trade of species of rosewood in Central and south America, Africa and Asia.

The Committee agreed on improvements to the important CITES Review of Significant Trade process, which verifies levels of global commercial trade in CITES-listed species, and identifies instances where trade may jeopardize the conservation status of CITES-listed animals or plants. In these cases, the Review results in recommendations for actions to exporting Parties to address over-exploitation and unsustainable use.

The Committee’s Review of Significant Trade agreed to examine trade in hardwoods from Argentina and Paraguay, Red sandalwood from India, snowdrops from Turkey, orchids from Laos, various medicinal plants from Cameroon, DRC, Namibia, Uganda and South Africa, and  from Mexico and the USA.

In his comments at the start of the meeting, the CITES Secretary General John E. Scanlon stated that "… while plants do not always attract the same level of public attention as animals, especially the most charismatic species, their survival in the wild generates just as much passion and commitment in the CITES Secretariat. And as you all here know – if we lose the plants, we lose the habitats, and along with them the animals. All of our work is interconnected - and we clearly benefit from the richly diverse interest in the Convention and are most encouraged by the participation of our dedicated Committee members, interested CITES Parties, and the many committed observers at this meeting and we sincerely thank all of you for volunteering your expertise to CITES.”

He also expressed his gratitude to the generous host, the Government and people of Georgia for hosting the meeting.

The CITES management, scientific and enforcement authorities of Georgia were all represented at the highest level at the meeting, reflecting the strong commitment of Georgia to the effective implementation of CITES.

Paraguay and Madagascar offered to host the next meetings of the Plants Committee in 2017 and 2018.

17th meeting of the Conference of the Parties to CITES, Johannesburg, South Africa 2016

The outcomes of the 22nd meeting of the Animals Committee will be considered at the 66th  meeting of the Standing Committee (Geneva, January 2016) and at the upcoming 17th meeting of the Conference of the Parties to CITES, to be held in Johannesburg, South Africa, from 24 September to 5 October 2016.

About the CITES Plants Committee

The Plants Committee provides the technical and scientific basis for the implementation of the Convention for flora species, ensuring that CITES decision-making on international trade in plants and plant products is based on the best available science.