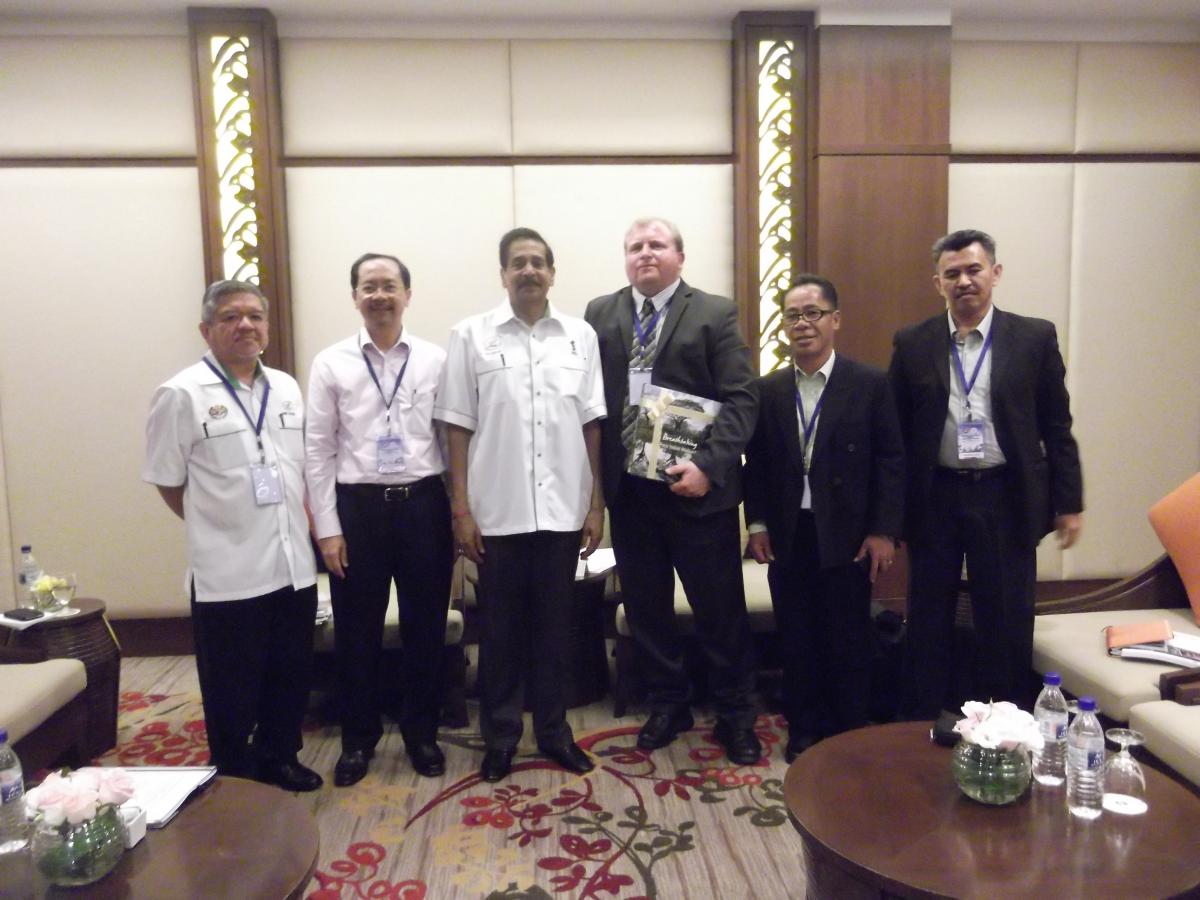 Malaysia and the United States of America co-hosted an Association of Southeast Asian Nations (ASEAN) Regional Forum on Combating Wildlife Trafficking in Kota Kinabalu, Malaysia, from 30 March to 1 April 2015. The forum focused on enhancing transboundary and regional cooperation to combat poaching and illegal trade in wildlife. Representatives from all ten ASEAN member States (Brunei Darussalam, Cambodia, Indonesia, Lao People’s Democratic Republic, Malaysia, Myanmar, the Philippines, Singapore, Thailand and Viet Nam) attended the forum. The CITES Secretariat, INTERPOL and the United Nations Office on Drugs and Crime (UNODC), all partner agencies of the International Consortium on Combating Wildlife Crime (ICCWC), also actively participated in the regional forum, alongside representatives from various other agencies including the Royal Malaysian Customs Department and the U.S. Fish and Wildlife Service, as well as a number of non-governmental organizations.

In his opening address, Mr. Dato’ Sri Anifah Hj. Aman, Minister of Foreign Affairs of Malaysia, said that illegal trade in wildlife has been elevated to a priority crime in the country, and that Malaysia will further enhance its efforts to combat it.

Various high level country representatives and experts at the meeting emphasized that it is now well recognized that poaching and illegal trade in wildlife have a significant impact on entire species and ecosystems, local communities and their livelihoods, national economies, and national and regional security.

There was a urgent call on all States to recognize illegal trade in wildlife as a serious transnational organized crime, and to enhance collaboration and collective efforts across range, transit and destination States. Participants stressed the need for thorough investigations into the activities of those involved in illegal trade in wildlife, and for these investigations to translate into successful prosecutions and strong deterrent penalties.

The ASEAN Regional Forum on Combating Wildlife Trafficking enhanced political momentum and buy-in to combat illegal trade in wildlife, and it was clear from discussions that a lot of hard work has been done and is ongoing in the front lines. However, a lot of urgent work clearly still needs to be done, and there is no room for complacency.

Mr. Ben Janse van Rensburg, CITES Secretariat Chief of Enforcement Support, met with Mr. Datuk Seri G. Palanivel, Minister of Natural Resources and Environment of Malaysia, and representatives from the agencies responsible for the implementation of Malaysia’s National Ivory Action Plan (NIAP) in the margins of the Kota Kinabalu regional forum to discuss progress with NIAP implementation, and other CITES related matters.

Malaysia is one of eight countries of “primary concern” (China, Kenya, Malaysia, the Philippines, Thailand, Uganda, the United Republic of Tanzania and Viet Nam) that were requested by the 64th meeting of the CITES Standing Committee (SC64, Bangkok, March 2013) to develop and implement a NIAP to combat illegal ivory trade.