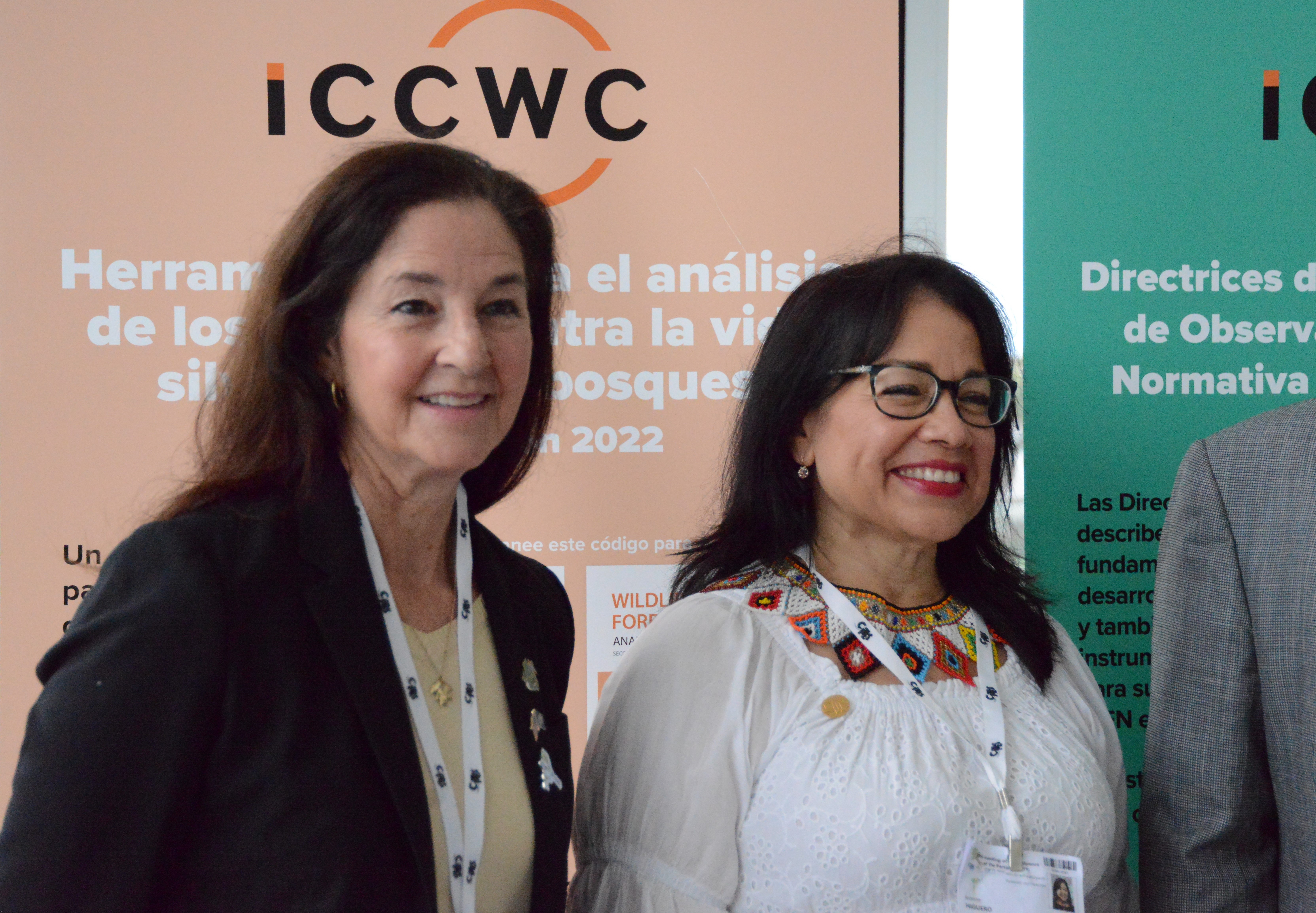 ama today to attend the 4th Global Meeting of the Wildlife Enforcement Networks (or WENs), convened by the CITES Secretariat on behalf of ICCWC (the International Consortium on Combating Wildlife Crime) with the generous support of the United States. The WENs are regional networks that boost collaboration amongst countries in the regions to enhance their responses to wildlife crime. The US has had a long-standing commitment to supporting these networks. It’s estimated that the illegal wildlife trade could be worth more than $20 billion and causes incalculable damage to the world’s wildlife. For many species, it’s fueling the drive towards extinction.

The Global Meeting of WENs is occurring on the margins of the World Wildlife Conference. The Conference – also known as CITES CoP19 – is a meeting of representatives of more than 160 nations to decide the regulations that will govern the conservation of nearly 40,000 of the world’s most endangered species of animals and plants.

Assistant Secretary of State, Monica Medina, was appointed Special Envoy for Biodiversity and Water Resources two months ago as a signal of the commitment of the Biden administration to addressing the environmental crises the world is facing. Her presence in Panama, has allowed her to hold discussions with some of the world’s foremost wildlife conservationists and also see the work being done to tackle the illegal trade in wildlife.

CITES is the Convention on International Trade in Endangered Species of Wild Fauna and Flora. 183 nations – including the United States - and also the European Union, are Parties to the Convention. It holds a CoP once every two or three years to allow this ultimate decision-making body to modify the regulations governing international wildlife trade. It came into being nearly fifty years ago and no species in its history has gone extinct as a result of international trade. This year, the meeting comes at a crucial point, with multiple scientific reports noting a drastic loss in biodiversity and more than a million species threatened with extinction.

The Assistant Secretary of State met the Secretary-General of CITES, Ivonne Higuero. They discussed the coordinated, multilateral conservation responses that are designed to reverse the loss in biodiversity and also how nature is central to addressing the climate crisis. The Secretary-General acknowledged the important role that the US plays in CITES, “The success of CITES in conserving the world’s endangered wildlife is down to the way the Parties work together to take the decisions that shape our policy and practice. The US has been committed to CITES, since it came into being, and we need that commitment now, more than ever, as we seek to tackle the planetary challenges we face.”

Assistant Secretary of State Medina said “I am here today because the United States remains determined to end wildlife trafficking and other nature crimes. These criminal activities threaten national security, undermine the rule of law, rob countries and communities of their natural resource base and revenue, drive species to the brink of extinction, and spread disease. They must be stopped and the time to act is now. Only by working together can we put a halt to these insidious crimes.”

The meeting is taking place hard on the heels of the release of ICCWC Vision 2030, which is working towards an end to wildlife crime through its work and support to the CITES Parties.