CITES Secretary-General's opening remarks at the Committee of the German Bundestag for the Environment, Nature Conservation, Building and Nuclear Safety - Berlin, Germany

Committee on the Environment, Nature Conservation, Building and Nuclear Safety 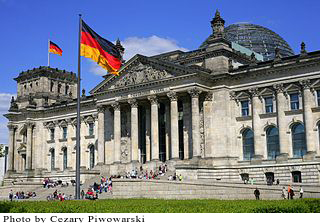 Thank you for the invitation to participate in this public discussion on a topic that has for good reason captured significant political and public attention.

I note from the back ground documents that the Committee is clearly familiar with the fact that we are confronting industrial scale poaching and smuggling that is being driven by transnational organized criminal groups and in some cases rebel militia and that this illegal trade is having a devastating impact on the animals and plants targeted by these criminals as well as on entire ecosystems and the services they provide. It is also impoverishing local people, fueling corruption along the entire illegal supply chain and in some countries affecting national economies and security.

In the time I have available I would like briefly to emphasize five points:

- Firstly, the international community has woken up to the severe threats posed by these illicit activities and a global collective effort is underway to combat them, which involves working right across the illegal supply chain and addressing three interrelated pillars: enhanced enforcement, including fighting corruption, engaging with local people on deriving benefits from wildlife, and undertaking targeted demand reduction – as well as generating much needed additional resources. This effort involves States, the UN (including UNDP, UNODC and UNEP), international conventions, international bodies, philanthropists, the non-government sector and citizens.

- Secondly, enhancing enforcement means treating wildlife crime as a serious crime and deploying the same tools, techniques and penalties used to combat other serious crimes. At the international level this requires collaboration between key agencies, which was put into place in November 2010 through the International Consortium on Combating Wildlife Crime (ICCWC) comprised of the CITES Secretariat, INTERPOL, UNODC, the World Bank and the World Customs Organization. ICCWC is today providing front line support to countries to combat these serious wildlife crimes. It also requires CITES to work with the two UN Conventions against Corruption and Transnational Organized Crime, which is exactly what is happening.

- Thirdly, CITES in a unique international legally binding agreement, which sets the rules governing international trade in wildlife. A compliance process and the use of compliance measures back these provisions. In the just released UNODC World Wildlife Crime Report CITES was described as an agreement of remarkable power and scope. The Convention regulates international trade in over 35,000 species of animals and plants and offers differing levels of protection depending upon their biological status. For species already threatened with extinction, there is no commercial trade in wild taken species. They are on Appendix I. For species that are not yet necessarily threatened with extinction but could be if their trade is not strictly regulated, commercial trade is allowed subject to the trade meeting the three pre conditions of CITES, namely: legality, sustainability and traceability. They are on Appendix II. The 182 Parties to CITES, which includes the EU and all 28 Member States, will convene in Johannesburg in September for the 17th meeting of the Conference of the Parties, which will deal with the largest agenda in the 43-year history of the Convention and many critical issues for the future direction of the Convention.

- Fourthly, CITES was described in the outcomes of Rio+20 as and agreement that stands at the intersection between trade, the environment and development, and…should contribute to tangible benefits for local people. Local communities and livelihoods opportunities are also emphasized in Goal 15 of the Sustainable Development Goals, which addresses illegal trade. What is not apparent from the back ground documents is that CITES Parties have recognized that legal and sustainable trade can have benefits for wildlife and people, with the recovery of the vicuna in South America being just one example of where local people and wildlife have benefited from well-regulated trade. CITES is also working with ITTO on timber trade and FAO on trade in sharks amongst many others.

- And finally, Germany and the European Union more broadly has been a wonderful supporter of CITES and the fight against illegal wildlife trade as well as in ensuring the sustainability and traceability of legal trade. Germany has contributed financially, technically and politically to our work and I would like to express our deep gratitude to Germany for its extraordinary support, which time prevents me from further elaborating upon. I however would like to add that Germany celebrates the 40th Anniversary of having joined CITES on 20 June this year!

Thank you again for the invitation to join you today and I look forward to the questions and the discussion to follow.