On World Ranger Day 2017, we join you to "stand with the park rangers of the world in their fight to protect wildlife"! 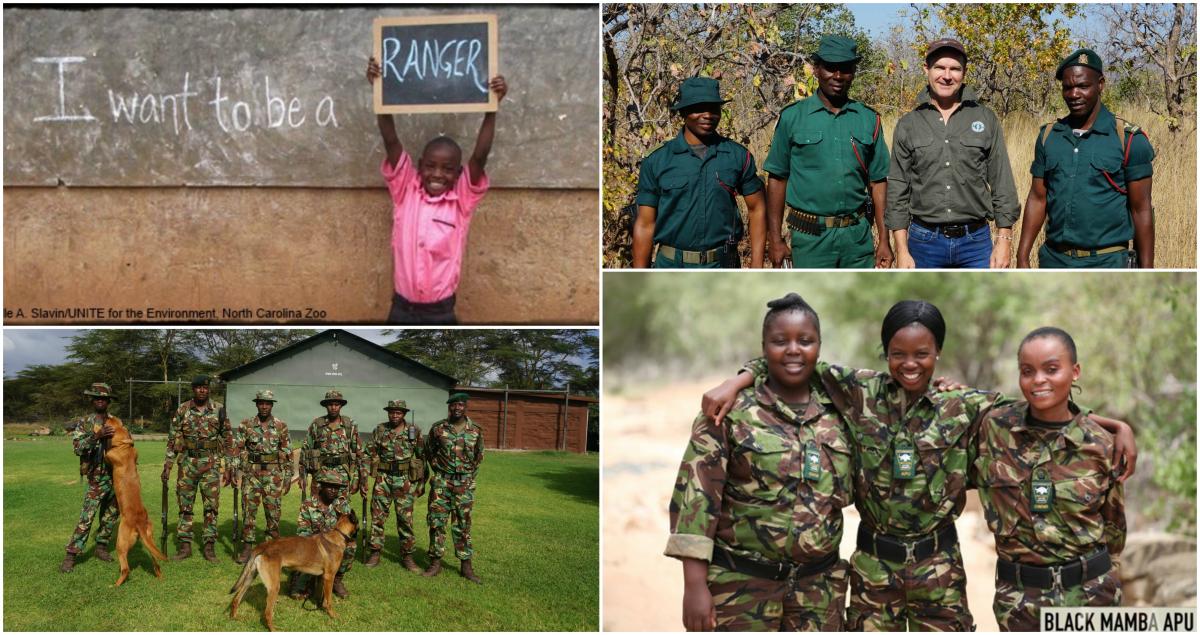 World Ranger Day honours park rangers across the world who have been injured or lost their lives in the line of duty, and also celebrates the role rangers play in protecting our natural resources, including wild animals and plants.

The challenges and risks that rangers face have increased significantly in recent years due to the surge in the poaching of and illicit trafficking in wildlife, particularly of some of the world’s most iconic animal species, such as elephants and rhinos and plants, such as rosewood. Illegal trade in wild animals and plants is occurring at a scale that threatens wildlife, people and their livelihoods and it is being driven by transnational organized crime groups, rebel militia groups and, on rare occasions, rogue elements of regular military forces.

Honest and hardworking park rangers devote their lives to protecting our natural resources and cultural heritage and, in some areas, these brave men and women regularly encounter well-resourced groups of poachers, equipped with high caliber weapons, who do not hesitate to use violence or threats of violence against them. Yet these devoted rangers determinedly perform their duties, often without the recompense allocated to their counterparts in other enforcement agencies.

The dedication and commitment shown by these honest hard working park rangers on a daily basis is worthy of much greater public recognition and the Secretariat of the Convention on International Trade in Endangered Species of Wild Fauna and Flora (CITES) therefore warmly welcomes World Ranger Day.

Sadly, in the past 12 months we have lost a further 105 rangers in the line of duty that were reported to the International Ranger Federation as shown in the 2017 Ranger Roll of Honour.  Today, the CITES Secretariat joins the rest of the world in saluting those honest and hardworking park rangers who are serving in the front-lines, in recognition of their dedicated work to protect our natural resources and cultural heritage for current and future generations. On this special day, we also carry in our thoughts the park rangers who have paid the ultimate price in the execution of their duties, as well as the families and friends they have left behind.

The best way to pay our tribute to these brave men and women is to give our concrete support to the frontline fighters and their families. The world’s governments and communities from across every nation are determined to win this fight against poaching and wildlife trafficking, and while we continue to face many challenges, we are also seeing examples of great progress being made.

The 183 Parties to CITES along with hundreds of interested international and national organizations, gathered in Johannesburg, South Africa in September 2016 at the World Wildlife Conference, or CITES CoP17, where they debated and decided upon a bold range of measures to enhance our collective efforts to tackle illicit trafficking in wildlife. The International Consortium on Combatting Wildlife Crime (ICCWC) has also stepped up its frontline enforcement support as has CITES MIKE.

On World Ranger Day 2017, we join you to "stand with the park rangers of the world in their fight to protect wildlife"!

This occasion offers the CITES Secretariat an opportunity to again draw attention to the work being done under the CITES Monitoring the Illegal Killing of Elephants (MIKE) programme. MIKE was developed by CITES to strengthen individual and institutional capacity in elephant range States in Africa and Asia to manage and protect their elephant populations. Working with well over 1,700 park rangers and data-management officers in Africa, MIKE has hosted close to 100 training programmes since 2008.  This work is being further expanded under the Minimizing the Illegal Killing of Elephants and Other Endangered Species (MIKES) programme to provide practical and real time support to rangers who are serving in the field in eight selected focal sites.

In March, we announced that CITES MIKES will provide support to the five protected areas in the three countries that make up the W-Arly-Pendjari Protected Area Complex (WAP), namely Benin, Niger and Burkina Faso. Activities will focus on: strengthening patrol staff capacity and performance throughout the area; improving law enforcement management, including communications within and between the protected areas; increasing the contribution of intelligence to wildlife law enforcement; and enhancing community and interagency collaboration and support for wildlife law enforcement operations. This targeted intervention, which is expected to last into 2019, is generously funded by the European Union.

The MIKE Programme has also developed a site-level Law Enforcement Capacity Assessment designed to assess the effort and resources employed by participating range States in the detection and prevention of illegal killing of elephants, with 43 responses recorded so far, helping to pinpoint where further capacity support is needed.