Distinguished delegates from across the 12 Range States of the snow leopard.

Friends and colleagues from intergovernmental and non-governmental organizations, and in particular the Forum co-organizers. 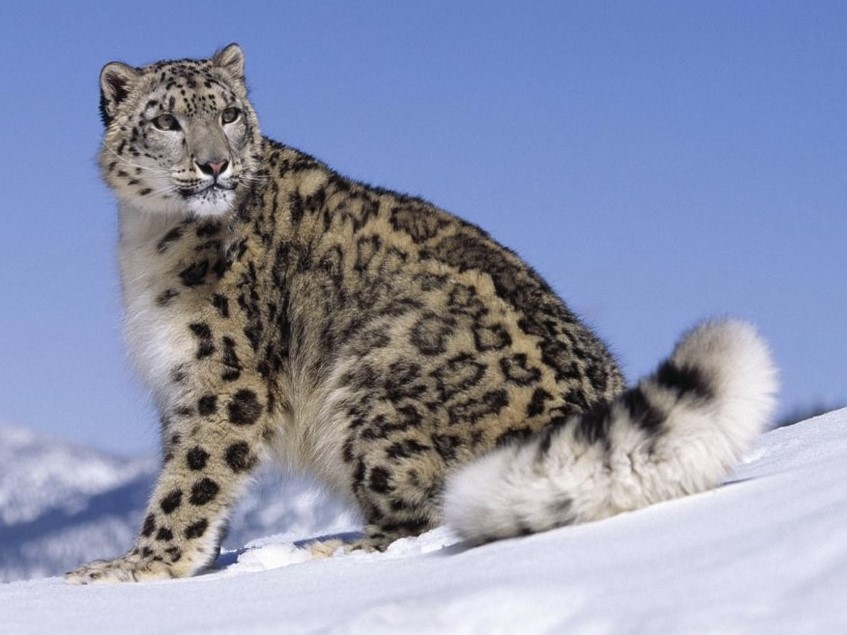 We would like to sincerely thank the President and Government of the Kyrgyz Republic for their leadership in hosting this extremely important Forum.

Experts estimate that there are between 4,000 to 6,500 snow leopards left in the wild – despite the wide range of the species of over 2 million km2. The survival of these magnificent animals in the wild continues to be under severe threat. These threats include poaching and illegal trade in the animal fur and other body parts. These illicit activities can and must be stopped.

CITES is the preeminent global legal instrument for regulating international trade in wildlife and it serves to both intercept and combat illegal trade and to facilitate legal, sustainable and traceable trade. Today there are 183 Parties to CITES, which includes all of the 12 Range States of the snow leopard, and we were delighted to welcome Tajikistan as our 182nd Party last year.

The snow leopard has been included on Appendix I of CITES since the entry into force of the Convention in 1975, which offers it the highest level of protection under the Convention. All international trade that is primarily for commercial purposes is prohibited under CITES. The Convention imposes obligations on source, transit and destination States in recognition of the fact that implementing CITES requires a collective effort.

In addition to the regulation provided by the Convention itself, Parties have paid particular attention to Asian Big Cats, including the snow leopard since its 12th meeting of the Conference of the Parties in 2002 when it adopted a resolution urging all Parties to take additional measures to protect the species and combat illegal trade.

Last year at CITES CoP17, held in Johannesburg – the largest ever meeting in the history of the Convention – Parties further reiterated the importance of implementing this resolution through a set of decisions. Further the Parties adopted a powerful set of resolutions and decisions, including on annual reports of illegal trade, combatting corruption, strengthening national and regional enforcement measures, better involvement of rural communities, trade in hunting trophies and associated conservation benefits, and demand reduction strategies.

All of this has led to well targeted activities that are underway in many countries. For example, we are providing significant support to Range States and to regional enforcement networks through the International Consortium on Combatting Wildlife Crime, known as ICCWC, an initiative of the CITES Secretariat, INTERPOL, the UN Office on Drugs and Crime, the World Bank and the World Customs Organization.

There are some important gaps to be addressed – for instance on legislation: only 2 of the 12 snow leopard Range States have legislation that fully meets the minimum requirements under CITES. Weak and inadequate legislation makes it much more difficult to combat illegal trade and Parties are urged to adopt national measures to adequately implement and enforce the Convention. The CITES Secretariat is in a position to support the efforts of those countries needing technical or legislative assistance.

We are therefore very pleased to announce that thanks to a generous contribution from the European Union, we hope to be able to organize a legislative workshop for the Central Asian Parties next year. This will also be in the anticipation of the meeting of the CITES Standing Committee, which will take place in Sochi, Russian Federation in October next year.

The threats to the snow leopard are many and varied and CITES warmly welcomes the holistic approach of the Global Snow Leopard and its Ecosystems Protection Programme (GSLEP) that runs until 2020. A number of the envisaged activities are also supported by resolutions and projects under CITES, including in the context of ICCWC.

Hopefully, the collective efforts led by this and other initiatives, in addition to the strong focus under CITES on combatting poaching and illegal trade, will start to show positive results. Although illegal retaliation killing and associated - more or less opportunistic - illegal trade remain much too high, due to these collective efforts there are indeed some indications that levels may have started to decline in recent years.

The CITES Secretariat is pleased to continue to offer its full ongoing support to assist you in implementing your programme, within the scope of our mandate and resources.  We also recognize that the international community at large stands behind you and we note the presence of our good colleagues from the United Nations, the Convention on Migratory Species, Interpol, the World Bank and others all expressing solidarity with you as we move to implement your programme.

Excellences, let me conclude by congratulating you on this excellent initiative of the 12 Range States and their people, which we warmly welcome. We again thank the President and the Government of the Kyrgyz Republic for their leadership and we wish you a highly successful meeting.