Record number of species to be regulated by CITES after CoP19 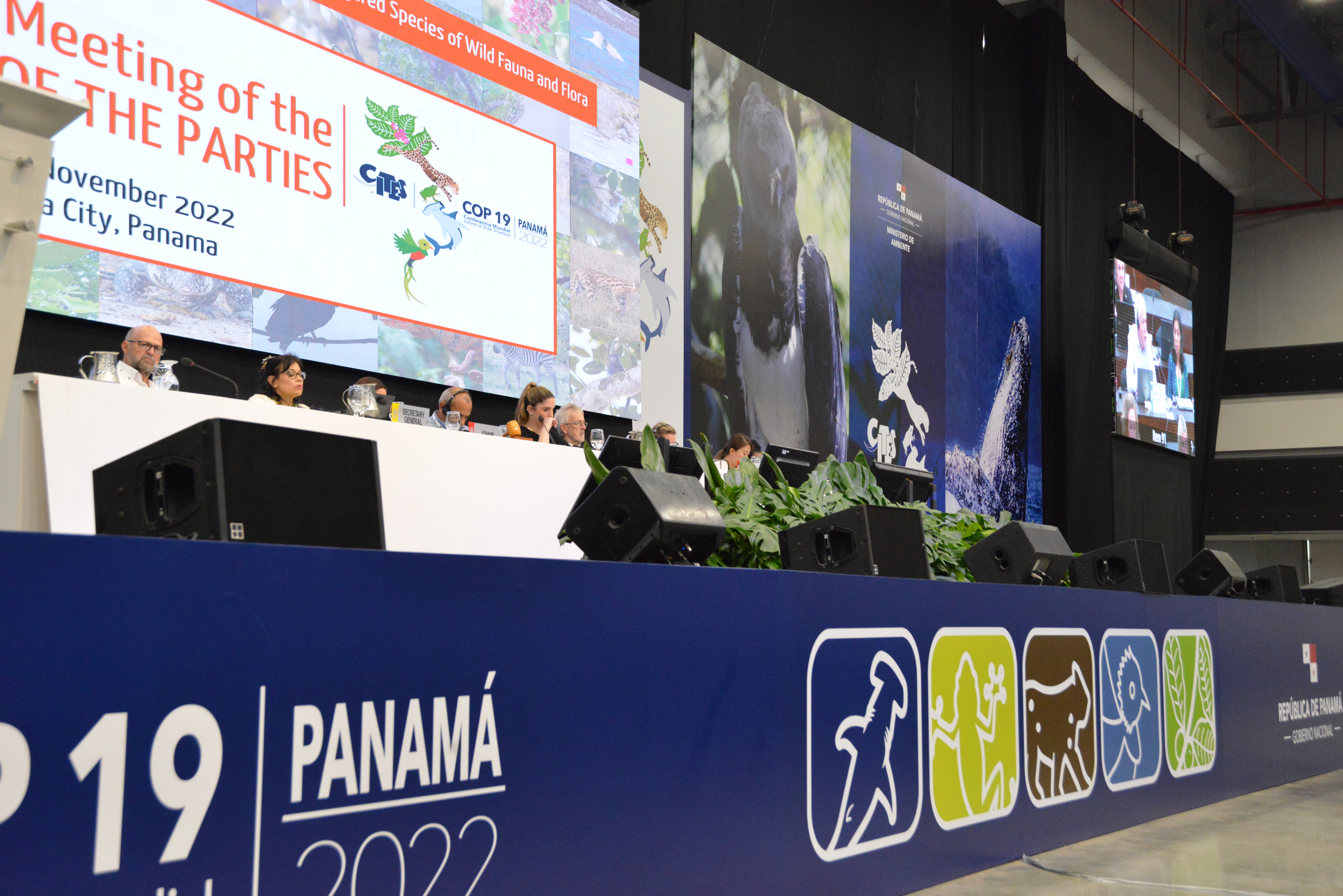 CITES CoP19 closed in Panama today after two weeks of negotiations on the most important issues facing the trade in endangered species of animals and plants.

The CoP adopted a total of 46 Proposals of the 52 put forward. This will bring species of, among others, sharks, lizards, turtles, fish, birds, frogs and more than a hundred tree species under CITES regulations, designed to ensure the sustainability of these species in the wild, while allowing their international trade and also contributing to the conservation of ecosystems and global biodiversity.

The CoP also reached a record number of 365 decisions as they worked to safeguard threatened wildlife species, while at the same time allowing the international trade that underpins human well-being and contributes to conservation efforts. The decisions will shape CITES’ work for the years to come.

The meeting – also known as the World Wildlife Conference – opened on November 14th and on four days ran until 10pm as the details of these decisions and resolutions were worked through and agreed. More than 2,500 people have attended the event; the ultimate decision-making body of CITES, which takes place every three years. This year the meeting was held in Panama, the first time for twenty years that a CITES CoP has returned to Latin America.

In welcoming the decisions made by the Parties, the Secretary-General of CITES, Ivonne Higuero, pointed out that they come at an important time, “The Parties to CITES are fully aware of their responsibility to address the biodiversity loss crisis by taking action to ensure that the international trade in wildlife is sustainable, legal and traceable. Trade underpins human well-being, but we need to mend our relationship with nature. The decisions coming from this meeting will serve the interests of conservation and wildlife trade, that doesn’t threaten the existence of species of plants and animals in the wild, for future generations.”

A first for the meeting was the adoption of a resolution on gender, to try to address inequality as it relates to the trade in wildlife. The meeting heard that women are more likely to lose out on the benefits of wildlife trade and work will now be done to suggest ways to tackle this issue.

The meeting also decided to work towards becoming a more inclusive forum by increasing the number of languages it works in for key meetings. Future CoPs are likely to be run in Arabic, Chinese and Russian, in addition to the current working languages of Spanish, French and English.

The contribution that CITES can make to reducing zoonotic diseases is also to be investigated. 70% of emerging diseases are estimated to be transferred from wild animals to humans. CITES is to look at the role it could play in reducing the likelihood of this transfer.

The new species that will be listed on CITES and their international trade consequently regulated, include nearly 100 species of sharks & rays, more than 150 tree species, 160 amphibian species, including tropical frogs, 50 turtle and tortoise species and several species of songbirds. All these species have seen declines in their populations over recent years.

The Parties to CITES also agreed a joint approach to support Mexico as it fights to save a species of porpoise from extinction. Numbers of vaquita in the Gulf of Mexico are believed to have dropped to fewer than twenty. It is endangered through fishing for a different species, the totoaba. Parties have agreed to a coordinated approach, designed to limit fishing in totoaba and consequently reduce the threat to the vaquita.

CITES regulates the world’s trade in threatened species of animals and plants, 183 countries and the European Union are Parties to the Convention and every three years, they take part in a meeting of the Conference of the Parties (CoP). This is the 19th time they have met in the past 50 years, since the Convention was adopted in 1973.

CoP19 has taken place at a crucial moment. This year has seen a number of significant scientific reports which have highlighted the need to halt, and reverse, biodiversity loss, if our planet and human well-being is to be sustained. The three main threats to wild plants and animals are habitat loss, climate change and overexploitation. It is hoped that the decisions taken in Panama will contribute to addressing these crises and pave the way for CoP15 of the Convention on Biological Diversity, which is taking place in Montreal next month. That meeting is expected to agree a Framework to address the loss in Biodiversity, to which a number of multilateral environmental agreements, CITES included, will contribute.

For further information or to arrange interviews, please contact: