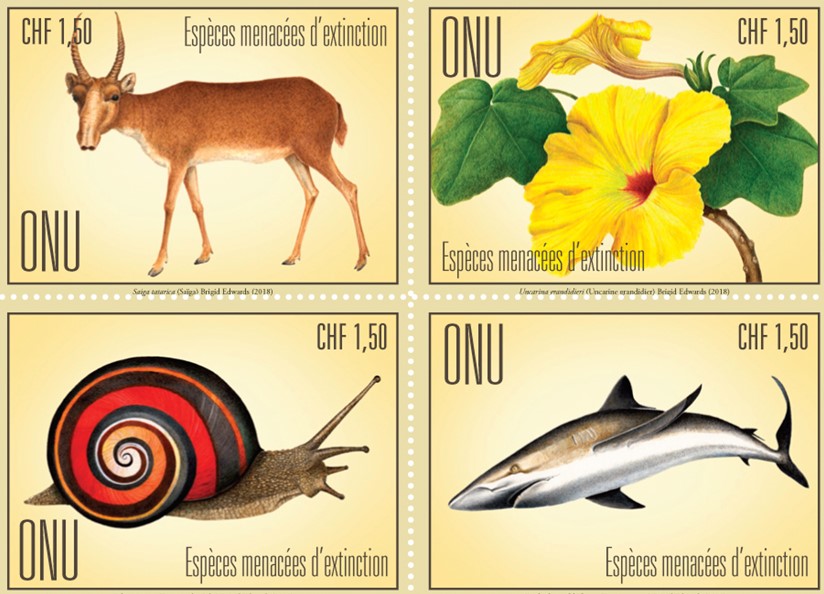 Geneva/New York, 2 March 2018 – The United Nations Postal Administration (UNPA) has unveiled a new series of 12 stamps, as it has done every year since 1993, featuring 12 species protected under CITES (Convention on International Trade in Endangered Species of Wild Fauna and Flora). The 25th edition launched today at an event at the UN Headquarters in New York to celebrate UN World Wildlife Day features species included under CITES over the past 25 years.

CITES Secretary-General, John E. Scanlon, said: “We are most grateful to the UN Postal Administration for its generous support over the past 25 years in using its beautiful stamps to raise awareness of CITES-listed species. This year is the first time these stamps are released on UN World Wildlife Day, being the day CITES was signed in 1973, and also marking the 45th anniversary of the Convention. We understand that these stamps are among the most popular series issued by the UN and we hope this wonderful cooperation will be continuing for the next 25 years and beyond.”

Mr. Thanawat Amnajanan, Chief of the United Nations Postal Administration, said: “For 25 years, the UNPA has been working with CITES to issue stamps to celebrate many beautiful and varied forms of wild flora and fauna, and to raise awareness of the multitude of benefits that conservation provides. UNPA is proud to celebrate this 25th anniversary milestone with 12 different variety of species that were added to the CITES list in the past 25 years.”

A beautifully designed Endangered Species folder as well as a limited-edition silk cover and three maximum cards will accompany the stamp series.