Largest ever World Wildlife Conference hailed as a ‘game changer’

Largest ever World Wildlife Conference hailed as a ‘game changer’ 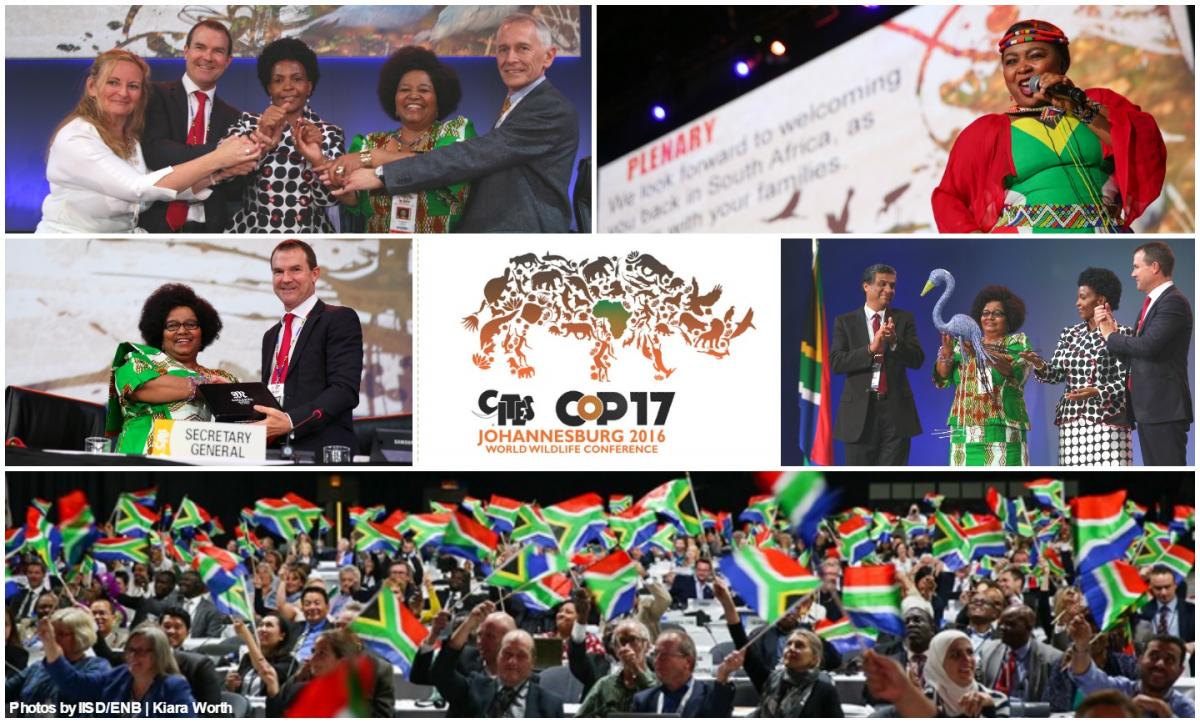 “The most critical meeting in the 43-year history of CITES has delivered for the world’s wildlife. #CoP17 is a game changer for the planet’s most vulnerable wild animals and plants,” said John E. Scanlon, Secretary-General of CITES.

Johannesburg, 4 October 2016 – The triennial two-week summit of the Convention on International Trade in Endangered Species of Wild Fauna and Flora (CITES) closed here today with Secretary-General John E. Scanlon describing the 17th meeting of the Conference of the Parties (#CoP17) as “a game changer that will be remembered as a point in history when the tide turned in favor of ensuring the survival of our most vulnerable wildlife.”

The CITES #CoP17 was the largest ever meeting of its kind with 152 governments taking decisions on 62 species-listing proposals submitted by 64 countries. In total, over 3,500 people attended the meeting, which also recorded the highest number of side events and intense media interest from every region of the world.

The Johannesburg meeting ended a day early, with high levels of consensus and a focus on implementing decisions on the ground.  The outgoing Standing Committee Chair, Øystein Størkersen described CITES as an exceptional model for how to give expression to international agreements.

John E. Scanlon, CITES Secretary-General said: “#CoP17 adopted decisions that saw wildlife firmly embedded in the agendas of global enforcement, development and financing agencies that have the capacity and technical expertise to help ensure implementation of the Convention on the front lines, where it matters most – with the CITES management and scientific authorities, as well as customs officials, rural communities, businesses, police, prosecutors and park rangers.

“Notable successes included decisions to bring new marine and timber species under CITES trade controls, continuing a trend from CoP16 where countries turned to CITES to assist them along the path to sustainability in oceans and forests. It was not just the well-known species that were on the agenda, the pangolin and many lesser known species also came under the spotlight.”

Erik Solheim, Executive Director of the United Nations Environment Programme, who attended the opening of #CoP17, said: “Protection of endangered species is paramount when it comes to preserving our natural heritage. The CITES conference saw a strong desire from countries to ensure that we are mounting a defense for plants and animals, big and small. Illegal trade of everything from the helmeted hornbill to the hundreds of species of rosewood severely damages our planet, and it's only through the international cooperation we've seen under CITES that we can prevent it.”

The Johannesburg conference was marked by agreement on measures to improve sustainable trade in a number of species, including the queen conch, humphead wrasse, sharks, snakes and African wild dog as well as a large range of timber species, such as bubinga and rosewoods, and the African cherry and agarwood.

Parties also recognized several conservation success stories, including that of the Cape mountain zebra, several species of crocodiles and the wood bison, which were all by consensus downlisted from Appendix I under CITES to Appendix II in recognition of their improved conservation status.

Multiple new animals and plants were also added to CITES Appendices for the first time, and hence will come under CITES trade controls. These decisions affect a large number of mammals, marine and timber species as well as many reptiles and amphibians and include more than 350 species of rosewood, devil rays, silky sharks and thresher sharks.

#CoP17 saw a number of firsts, including, the first ever:

It was also the first meeting where the European Union was participating, and voting, as a Party to the Convention.

Some other notable outcomes include:

Changes to the CITES Appendices, Resolutions and Decisions enter into force 90 days after the CoP.

“It was here in Johannesburg that rural community voices and the voice of the world’s youth came into the heart of the meeting room to be heard by decision makers from across the world. It has been a truly wonderful CoP from every perspective for which we extend our deepest gratitude to the Government and the people of South Africa,” concluded Scanlon.

The 17th Meeting of the Conference of the Parties to the Convention was held from 24 September to 4 October 2016. It was attended by over 2,500 participants from governments and numerous observer organizations. COP18 will be held in 2019 in Sri Lanka.

All the results on the 62 proposals are available on the CITES website.