Recife, Pernambuco, Brazil, 4 December 2013 - More than 70 participants representing 28 countries from Latin America and the Caribbean gathered in Recife, Brazil, from 2 to 4 December to participate in a workshop focused on the implementation of new measures for international trade of five shark species, adopted by the Convention on International Trade in Endangered Species of Wild Fauna and Flora (CITES). 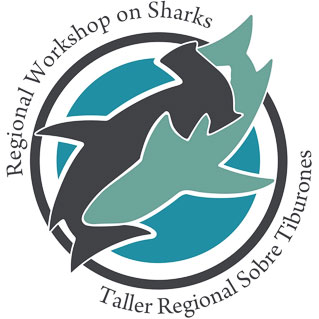 Earlier in the year at a meeting in Bangkok, CITES member states agreed to regulate the trade of five commercially exploited species of sharks. The oceanic whitetip shark, three species of hammerhead sharks (scalloped, smooth, and great), and the porbeagle shark were listed in CITES Appendix II. This means that any international trade in specimens of these species must be accompanied by CITES documents confirming that they have been sustainably and legally harvested. The new listings will come into effect in September 2014.
To assist Latin American and Caribbean countries with implementing the new international trade requirements for these shark species, the government of Brazil, with support from the United States, the CITES Secretariat, and several partner organizations, hosted the “Regional Workshop on Sharks Listed in Appendix II of CITES – Preparing for Implementation.” The regional workshop brought together CITES Management and Scientific authorities and fisheries experts from around the world to discuss tools and strategies available to assist countries with implementing the new international shark trade requirements.
“This workshop is about promoting sustainable use and trade of shark products”, said Dr. Fabio Hazin, professor at the Universidade Federal Rural de Pernambuco, Department of Fisheries and Aquaculture. “Shark fisheries are important to many countries represented here today. The fact that so many Latin American and Caribbean countries are present speaks to the commitment of this region to sustainable shark trade. We want these fisheries to be managed responsibly so the shark species can be conserved and be available to everyone and future generations”.
The CITES Secretary-General, John E. Scanlon, said: “CITES is working very closely with countries and stakeholders to help ensure that relevant authorities are fully prepared to implement the new shark listings by 14 September 2014. We are most grateful to the Governments of Brazil and the United States for leading this most successful regional initiative. It has brought fisheries and CITES authorities together in developing practical tools for regulators, fishers, traders and consumers - all of whom are concerned by the new regulations. We will work with CITES Parties and partners to replicate this exercise in other developing regions of the world.”
Experts covered a range of topics at the workshop, based on suggestions and needs identified by many countries at the last CITES meeting. Specifically, the workshop provided information on and demonstrated the use of tools and techniques that will help advance identification of sharks, improve data collection and data reporting on shark catch in the region, and enhance the tracking of shark specimens in trade.  The workshop provided participants with real-life examples of how CITES is implemented for several currently listed species and demonstrated how a chain of custody can be established to monitor shark products from the point of harvest to the point of export. The workshop also helped to increase awareness of international measures related to shark conservation and management. Lastly, the workshop identified regional needs and priorities for Latin American and Caribbean countries for implementing the CITES shark listings, which will help guide future activities leading up the September 2014 effective date.
Media contacts:
CITES Secretariat: Juan Carlos Vasquez ([email protected])
Unites States: Luis Leandro, NOAA Fisheries ([email protected]) and Laura Cimo, NOAA Fisheries ([email protected])