Geneva, 12 September 2012 – Three months ago world leaders at the United Nations Conference on Sustainable Development (Rio+20) recognized “the economic, social and environmental impacts of illicit trafficking in wildlife, where firm and strengthened action needs to be taken on both the supply and demand sides” And in this regard they emphasized “the importance of effective international cooperation among relevant multilateral environmental agreements and international organizations”. 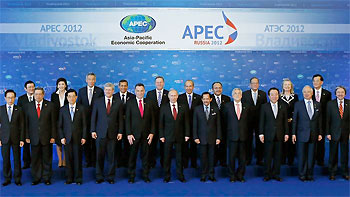 On 9 September, the Asia-Pacific Economic Cooperation (APEC) Leaders Declaration 2012 has recognized that:

“…natural resources and the ecosystems upon which they depend are important foundations for sustainable economic growth. We therefore, are concerned by the escalating illicit trafficking in endangered and protected wildlife, including marine resources, and associated products, which has economic, social, security, and environmental consequences in our economies.  We commit to strengthen our efforts to combat illegal trade in wildlife, timber, and associated products, to implement measures to ensure sustainable marine and forest ecosystems management, and to facilitate sustainable, open, and fair trade of non-timber forest products. We will take meaningful steps to promote sustainable management and conservation of wildlife populations while addressing both the illegal supply and demand for endangered and protected wildlife, through capacity building, cooperation, increased enforcement, and other mechanisms.”

CITES Secretary-General, Mr. John E. Scanlon said: “CITES welcomes this Declaration of concern over the escalating illicit trafficking in endangered and protected wildlife together with the commitment that has been made to take concerted action to combat this illegal wildlife trade”.

“This APEC Leaders Declaration, which has been made at the highest political level, reinforces the very clear statement made at Rio+20.  It builds further momentum for taking strengthened efforts at international, regional and national levels to combat illicit wildlife trade.,” added Mr Scanlon.

CITES Parties will consider further measures to combat the escalating illicit trade in wildlife when they meet at the 16th meeting of the CITES Conference of the Parties in Bangkok in March, 2013.

For the full copy of the Leaders Declaration see: