Doha, 15 March 2010 – Delegates and enforcement experts attending the CITES summit in Qatar will discuss this week the perilous state of tigers in the wild and the nature of poaching and illegal trade in tigers. The CITES Secretariat, in conjunction with INTERPOL, is calling for countries to submit information about crime against tigers, so that it can be analysed and effective anti-poaching strategies developed.

In the early 1900s, tigers were found throughout Asia and numbered over 100,000. Current estimates indicate that less than 3,200 of these remain in the wild. Tigers are today primarily poached for their skins but almost every part of a tiger’s body can be used for decorative or traditional medicinal purposes. Most tigers are now restricted to small pockets of habitat, with several geographical populations literally teetering on the brink of extinction.

The CITES community will learn of progress being made by the Global Tiger Initiative, a partnership of governments, international agencies and non-governmental organizations, who are working collaboratively to save the tiger. The Initiative’s next major event will be in Vladivostok, Russian Federation, in September 2010, when Prime Minister Putin will host a meeting of heads-of-state to commit political will for tiger conservation.

It is almost four decades since the world realized that tiger numbers were falling alarmingly. Between the 1970s and 2010, governments and the conservation community spent tens of millions of dollars trying to save this magnificent animal. Millions of dollars, euros, pounds, rupees and yuans continue to be spent. 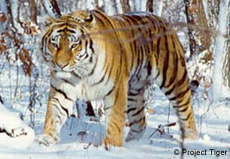 “If we use tiger numbers as a performance indicator”, says CITES Secretary-General Willem Wijnstekers, “then we must admit that we have failed miserably and that we are continuing to fail. How have we let this happen? Although the tiger has been prized throughout history, and is a symbol of incredible importance in many cultures and religions, it is now literally on the verge of extinction. 2010 is the Chinese Year of the Tiger and the International Year of Biodiversity; this must be the year in which we reverse the trend. If we don’t, it will be to our everlasting shame.”

Aside from its significance as a ‘flagship’ species, the tiger is also a marvellous indicator of the health of our forests. Falling tiger numbers also ring an alarm bell in relation to loss of habitat, human encroachment into important areas of biodiversity and wilderness, conflict between tigers, humans and livestock and wildlife crime.

Protected from international commercial trade through its listing in Appendix I of the Convention on International Trade in Endangered Species of Wild Fauna and Flora (CITES), tigers still suffer significantly from illegal trade. They are poached for their skins and body parts, which are used for decorative and traditional medicine purposes. 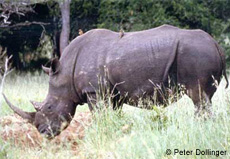 Delegates at CITES CoP15 will also consider the escalation of rhino poaching and the approaches to fight criminal networks involved in the increasing illegal trade in their horns in parts of Africa and Asia. Whereas the tiger is suffering from threats such as loss of habitat and tiger numbers have been steadily declining, this is not the case for rhinoceroses. The early- and mid-1990s saw rhino numbers grow encouragingly in many of its range States. There were dramatic recoveries and poaching of this animal became fairly infrequent.

However, in the mid-2000s, rumours emerged that rhinoceros horn could stave off cancer or halt its spread in people suffering from the disease. Rhinos in countries such as India, South Africa, Nepal and Zimbabwe now appear to be killed by organized crime groups that control the smuggling of rhino horns to the far east of Asia, where they are sold on the black market for thousands and thousands of dollars.

South Africa and Zimbabwe have seen dramatic increases in rhino poaching in the past 2-3 years, where over 300 animals are estimated to have been illegally killed. The ‘shoot to kill’ policy adopted by some governments in Africa does not seem to be deterring poachers and one national park store was even robbed at gunpoint, so that horns removed by park staff from rhinos that had died naturally could be stolen.

CITES calls upon its partners, such as INTERPOL, the United Nations Office on Drugs and Crime, and the World Customs Organization to join it in this war against organized crime that seeks to rape the world’s natural resources.