Oceania and Central South America & the Caribbean gear up for CoP19

With a month to the World Wildlife Conference, the Parties to CITES are fine-tuning their priorities ahead of the 19th meeting of the Conference of the Parties.

Over the past few days, the group of countries from Central and South America and the Caribbean have been meeting in Panama for a round of discussions that will inform the way they approach CoP19.

The event was co-organized by Argentina and Panama and brought 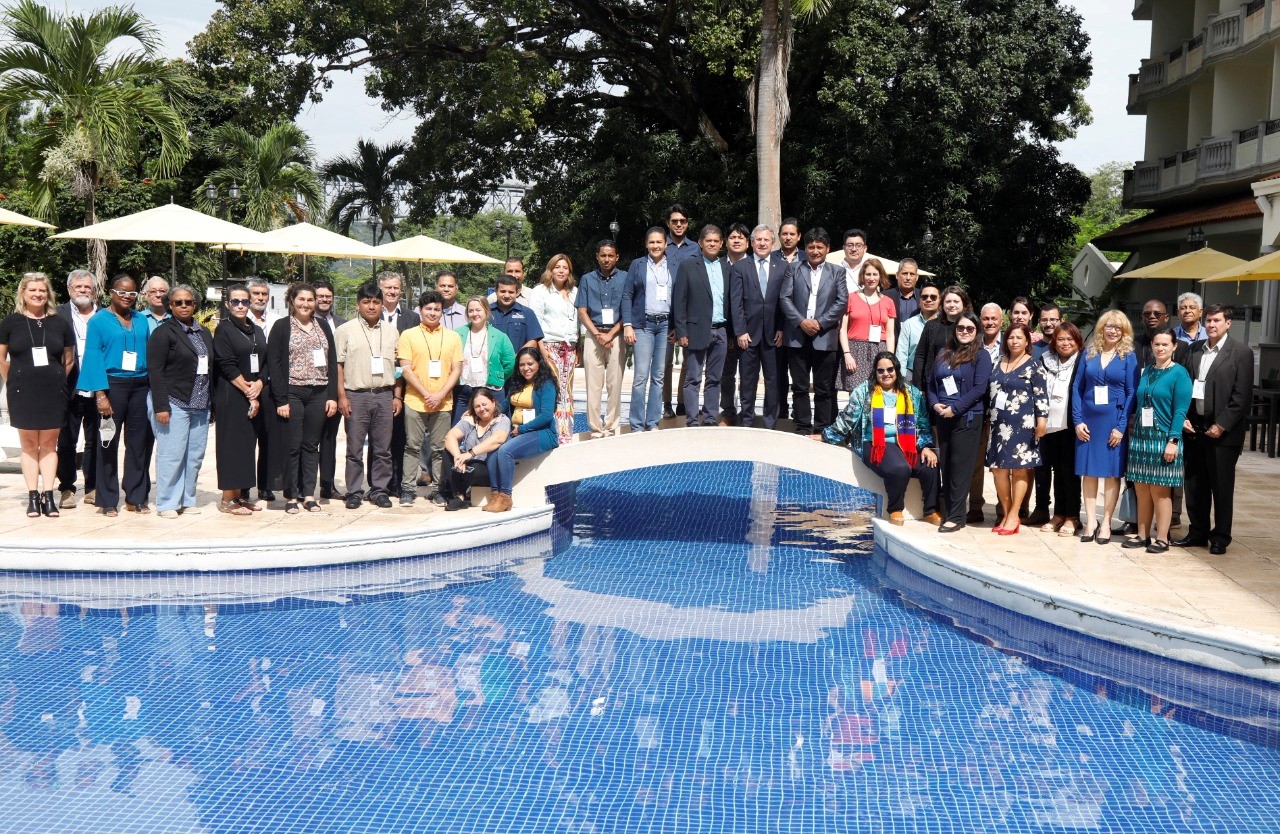 together 52 representatives from the following twenty-two Parties of the Region: Argentina, Belize, Bolivia, Brazil, Chile, Colombia, Costa Rica, Cuba, Dominica, Dominican Republic, Ecuador, El Salvador, Guatemala, Honduras, Jamaica, Panama, Paraguay, Peru, Suriname, Trinidad and Tobago, Uruguay and Venezuela. 13 NGOs from the region also attended the meeting and were able to make their own presentations to the meeting on areas of concern for them and that they hope will be raised at CoP19.

Staff from the CITES Secretariat traveled to Panama to offer guidance and support and there were also special presentations from Senegal and the United States of America on the amendment proposals they have submitted, including mako sharks and tortoises.

The meeting gave the Parties the chance to exchange information and finalize their national and regional positions on the items that will be priorities for them at the meeting. They focused particularly on the amendment proposals for wildlife species native to the region, including sharks, amphibians, and trumpet trees.

The event also presented an excellent opportunity for the region to discuss pressing priorities on species iconic to the Americas, such as jaguar, queen conch and rosewood tree species. 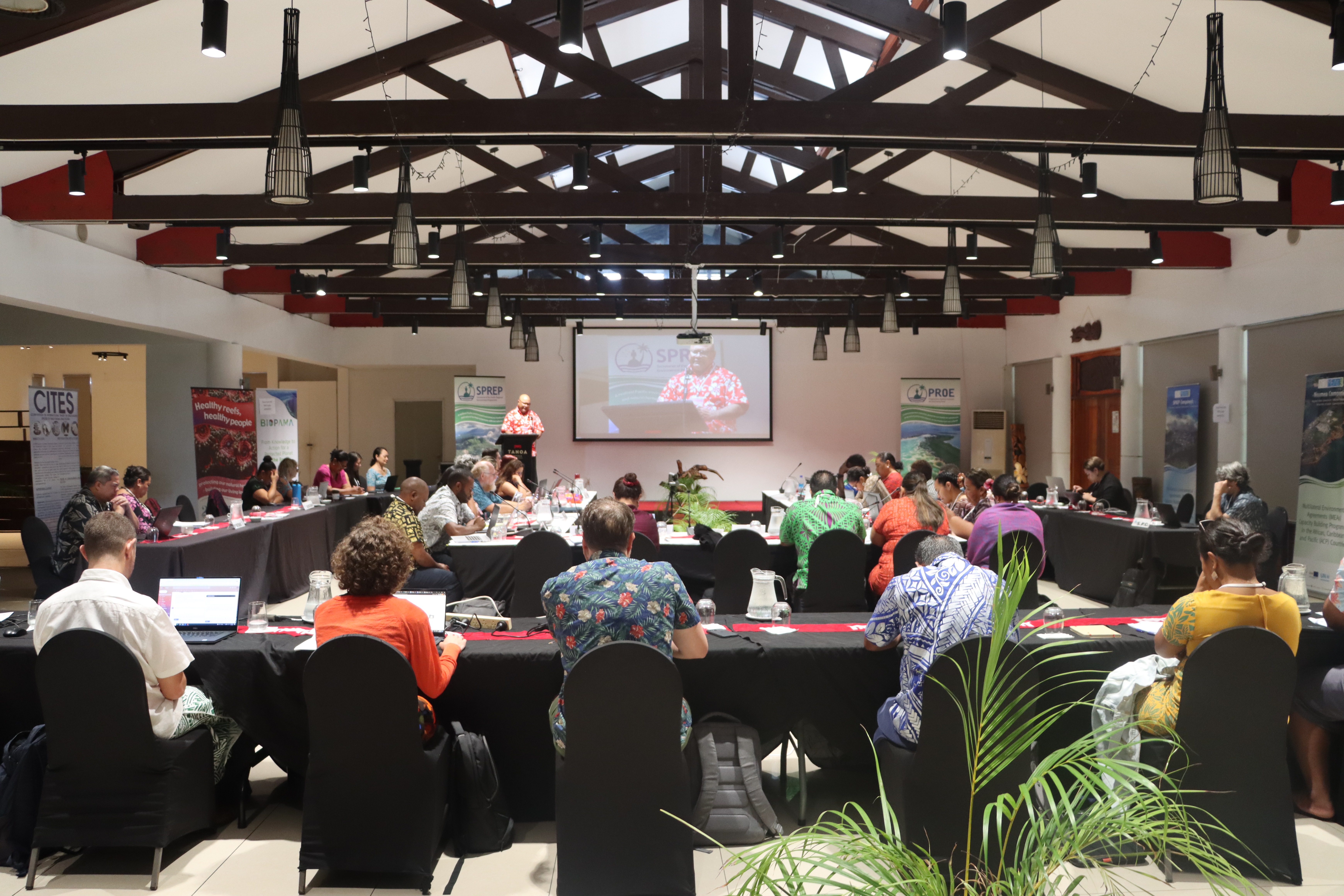 Meanwhile, sharks, rays and marine turtles were top of the agenda as 9 countries from the Oceania Region met to consult ahead of November’s World Wildlife Conference in Panama.

The Oceania Regional Preparatory Meeting for CITES CoP19 in Apia, Samoa brought together Australia, Fiji, New Zealand, Palau, Papua New Guinea, Samoa, Solomon Islands, Tonga and Vanuatu – the nine Parties to CITES in the region. The preparatory meeting was organized by the Secretariat of the Pacific Regional Environment Programme (SPREP) and was attended by those working for CITES Management and Scientific Authorities. The meeting allowed them to prepare for the upcoming CoP19 and identify regional synergies. The participants discussed priority agenda items of the region including sharks, rays and marine turtles, as well as core CITES topics such as non-detriment findings, national legislation and illegal wildlife trade.

The meeting was supported by three CITES Committee members in the region, the CITES Secretariat and other observers including the Pacific Community (SPC), the Pacific Islands Forum Fisheries Agency (FFA), UNODC, WWF, TRAFFIC, WCS and James Cook University. Presentations on the amendment proposal of relevance to the region, the requiem and hammerhead sharks, guitarfish and the sea cucumber, were followed by discussions.

The regional preparatory meeting provided an opportunity for the Oceania region to share information and find commonalities on items that are priorities for them. The Parties also had a chance to share their experience on making non-detriment findings including successes and challenges and share updates on implementation of national legislation.

“The Pre-CoP meeting was a wonderful opportunity for environment and fisheries experts from all nine Parties to CITES in the Oceania region to discuss issues of shared concern to the region and to prepare for the forthcoming Conference of the Parties to be held in Panama, on the far side of the Pacific Ocean. Our region is largely dominated by the marine environment that nourishes and sustains many Oceania communities either directly or through ecotourism. CITES is a valuable tool to help to ensure that these resources are available for use by generations to come.” - Hugh Robertson, NZ, Oceania rep on the CITES Animals Committee.

The Oceania preparatory meeting was organised by the Secretariat of the Pacific Regional Environment Programme (SPREP) with funding support from the ACP MEA Phase 3 and BIEM projects.

The outcomes of this regional meeting will be made available by the organizing Parties as an information document to the CoP19. The World Wildlife Conference (CITES CoP19) will get under way on the 14th November in Panama City, with nearly three thousand wildlife, trade and conservation experts gathering for this ultimate decision-making body for the Convention on International Trade in Endangered Animals and Plants.