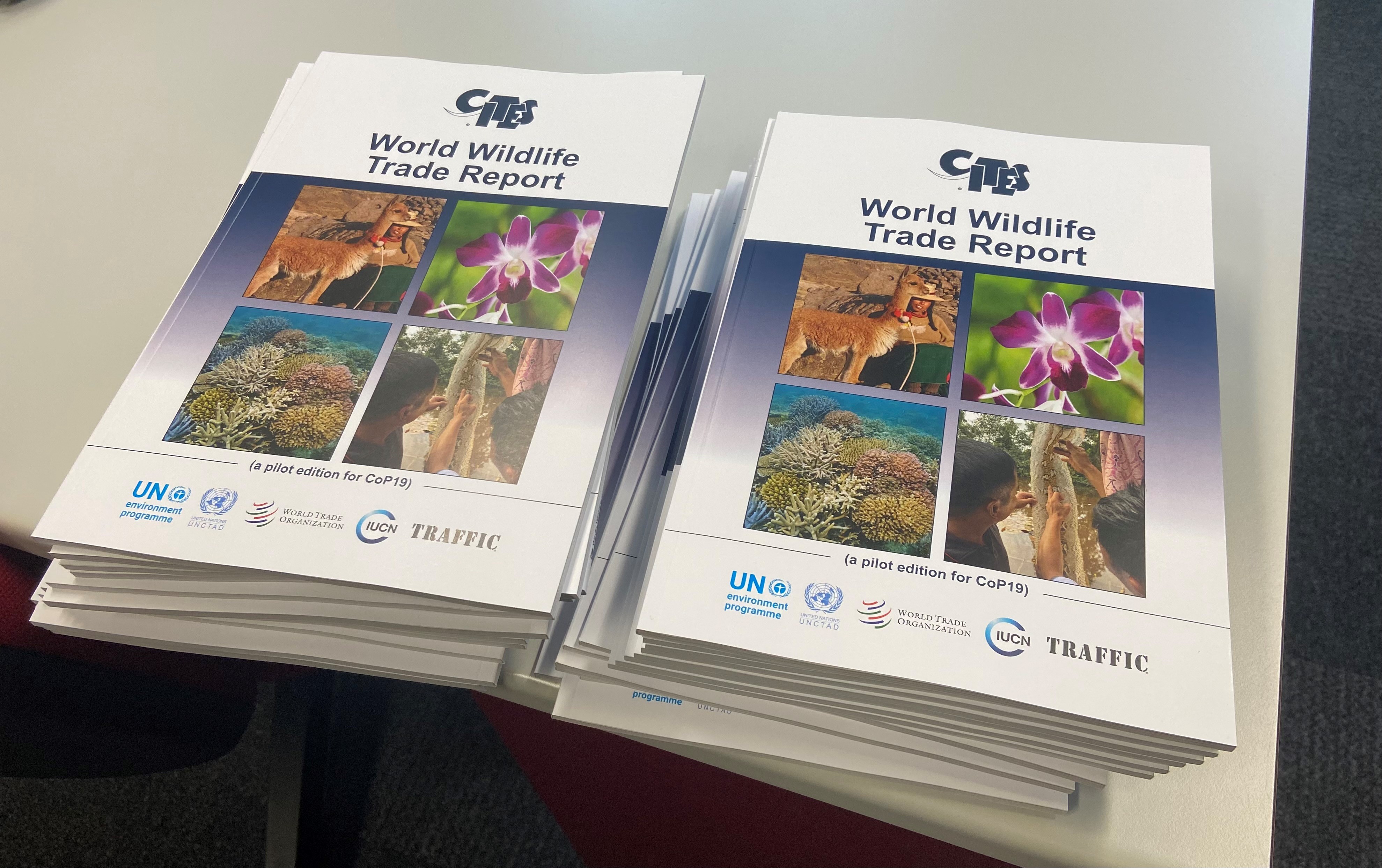 Panama City, 15 November 2022 – The CITES Secretariat has published the first-ever World Wildlife Trade Report, that gives insights and analysis into the global trade in animals and plants that are regulated under this international treaty.

CITES is the Convention on International Trade in Endangered Species of Wild Fauna and Flora and it regulates trade in nearly 40,000 species, worldwide. 183 of the world’s governments (and also the European Union) have agreed to be bound by its terms, that aim to stop international trade becoming a threat to the viability of any species it lists.

The report is a joint production involving a partnership of UN organisations and leading conservation organizations: the UN Environment Programme (UNEP), the UN Conference on Trade and Development (UNCTAD), the World Trade Organisation (WTO), along with the International Union for the Conservation of Nature (IUCN) and TRAFFIC. The milestone report is packed with statistics that cover the routes, scale, and patterns of legal, international trade in CITES-listed species, together with the values, conservation impacts, and socio-economic benefits of this trade and the linkages between legal and illegal trade.

The report draws on millions of records, with more than 1.2 million CITES trade permits issued every year. Over 80 pages, it looks into a wide range of trade topics. It is the first report of its kind that is designed to help inform conservation policies and practices for governments, organisations, businesses and trade bodies as well as the media and general public. It will also contribute to CITES’ global vision, which is that by 2030, all trade in listed species should be legal, traceable and sustainable. The report is having its official launch as part of the World Wildlife Conference or CITES CoP19, which is on this month, in Panama, from November 14 to 25. 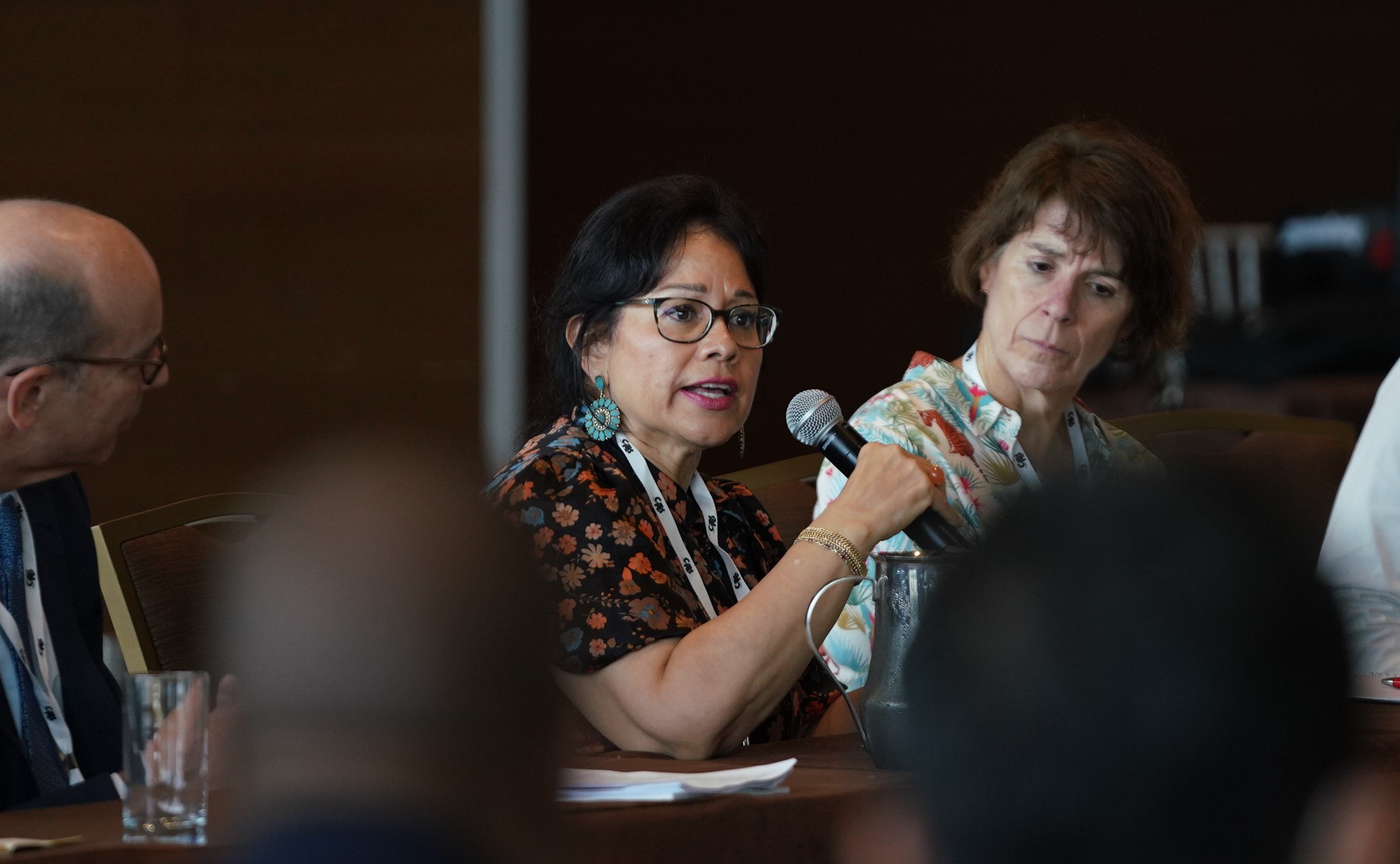 “Today, the 8 billion people on our planet are consuming millions of products in their daily lives that are derived from wild animals and plants, often without being aware of our relation and interdependency with nature and its web of life. As CITES approaches the 50th anniversary of its signing into being in Washington D.C. on 3 March 1973, it is timely to have a clearer picture of the global wildlife trade regulated under the Convention”, says Ivonne Higuero, the CITES Secretary-General.

While commercial international trade in roughly 3% of all species protected by the treaty, namely those included in Appendix I and considered endangered, is generally prohibited, commercial international trade in the rest of the 97% of the species is allowed, provided that all relevant rules are respected. These species, regulated by CITES, include, among others, high value marine fish and timber species. The majority of the nearly 40,000 under its trade control regime is plants.

Ivonne Higuero believes that good data can inform effective action for the conservation of endangered species, “We thought it would be helpful to document the scale and other patterns of the trade as well as the many values of the trade in wild species of animals and plants and reinforce the calls for more investment in nature and addressing the biodiversity crisis”.

The report also shows that the proportion of wild-sourced plants in trade has further decreased over the past ten-year period to merely 4% in terms of the number of individual plants. In other words, vast majority of plants in trade are artificially propagated and are no longer ‘wild’. This major shift is happening to animal species, too, and CITES will Continually monitor this situation with the intention of publishing its data in future editions of the World Wildlife Trade Report.

Here are some of the findings of the pilot report:

The report also reveals that positive impacts of well-managed trade in CITES-listed species on traded species include population increase, population stabilization, population maintenance and reduced pressure on wild population. The study also identified a wide variety of socio-economic impacts, ranging from macro-economic impacts such as contributions to GDP, to local level impacts such as Income generation, improved nutrition or strengthened rights. The conservation impacts are deeply intertwined with the socioeconomic benefits that are generated – the latter often providing the incentive for the former.

CITES Parties adopted a resolution at CoP17, by consensus, that says “where economic value can be attached to wildlife and a controlled management system is implemented, favourable conditions can be created for investment in the conservation and the sustainable use of the resource, thus reducing the risks to wildlife from alternative forms of land use.” In other words, well managed trade in wildlife can further resilience of both our ecosystem and local populations. The achievement of sustainable, legal and traceable use of wildlife is also in line with the United Nations Sustainable Development Goals.

The launch of this pilot report will coincide with the discussion of a working document submitted by South Africa on this subject by the Conference of the Parties on the same day. The document proposes that such a report should be prepared regularly to better inform Parties in their implementation of the Convention.

Excerpts of messages from heads of partner organizations that are included in the pilot report:

The sustainable and legal trade in wildlife can be a critical contributor to the conservation of wild species and their habitats, to the livelihoods of rural communities that live with wildlife, as well as to national economies. This important contribution can only be widely recognized when a strong body of evidence to support it is assembled and made widely accessible. Understanding the benefits that sustainable and legal trade brings – and comparing these against the negative impacts of unsustainable and illegal trade – can also provide strong incentives for national authorities to better manage the international wildlife trade. The pilot edition of the World Wildlife Trade Report is an important step in this direction.

This report is a milestone in addressing legal trade in wildlife. The commercial trade of wildlife while conserving species and ecosystems contributes to improving the livelihoods of local communities. Trade regulation by CITES provides conservation safeguards for significant flows of legal international trade, with considerable potential to contribute to national economies and local livelihoods. Capacity-building for trade management and regulation efforts by exporting countries is critically important to ensure such benefits are maximized and that risks from unsustainable or illegal trade are further reduced.

Maybe no other area in international trade is closer to our relationship with nature than trade in wildlife. The multilateral trading system has thus a duty – anchored on its central objective to promote sustainable development – to ensure trade is a key part of the solution to the wildlife conservation crisis.

However, for too long the picture of how trade interacts with wildlife has been incomplete. This first World Wildlife Trade Report makes a concrete contribution to current discussions and efforts to align trade and trade policies with conservation efforts. Not only does it contribute with sorely needed data, but – importantly – it also points to areas where more work is required, including from the trade community. The WTO stands ready to continue and reinforce our historical cooperation with CITES and the other leading institutions responsible for this important Report.

IUCN has long recognised that the sustainable use of wild living resources can provide a critical incentive for people to conserve species and protect habitats. While not a definitive, systematic assessment, this report provides key insights into the scale, value, conservation and socio-economic impacts of legal, international trade in CITES-listed species. More data and evidence will help greatly to enhance the utility of any future editions of this report. IUCN remains committed to help to build and analyse that evidence base through the work of its Secretariat, expert Commissions and the Membership. The Union remains hopeful that the Parties to CITES will also be willing to join this effort.

TRAFFIC is delighted to have collaborated with the CITES Secretariat and other partner organisations in the development of the pilot edition of the World Wildlife Trade Report. The aim of this report is breaking new ground, it highlights the socio-economic and conservation benefits of legal and sustainable trade in CITES listed species for indigenous peoples and local communities (IPLCs), as well as addresses the linkages between legal and illegal trade, with insights on practical steps to reduce illegal trade. We look forward to feedback on this pilot report and hope it will lead to collaborations generating valuable information to help reduce the pressure of illegal and unsustainable wildlife trade on biodiversity, and enhance the benefits to wildlife conservation and human wellbeing that derive from trade at sustainable levels, and thus, ensure progress towards the Sustainable Development Goals and other international commitments.

For further information or interview requests, contact: David Whitbourn at [email protected] or on +41 79 552 1507

With 184 Parties, the Convention on International Trade in Endangered Species of Wild Fauna and Flora (CITES) remains one of the world's most powerful tools for wildlife conservation through the regulation of trade. Thousands of species are internationally traded and used by people in their daily lives for food, health care, housing, tourist souvenirs, cosmetics or fashion.

CITES regulates international trade in over 38,000 species of plants and animals, including their products and derivatives, to ensure their survival in the wild with benefits for the livelihoods of local people and the global environment. The CITES permit system seeks to ensure that international trade in listed species is sustainable, legal and traceable and contributes to both the livelihoods of the communities that live closest to them and to national economies for a healthy planet and the prosperity of the people in support of UN Sustainable Development Goals.