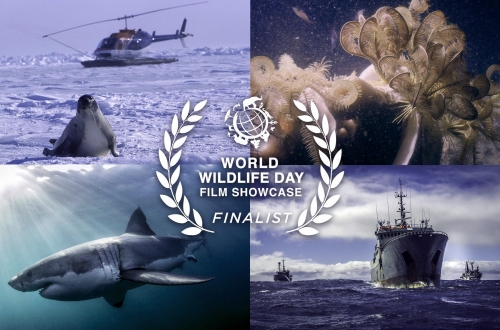 The ocean and “life below water” have sustained human civilization and development for millennia. Despite their importance for sustainable development, marine species are facing various threats and are in need of our immediate attention if we want to ensure that they can continue to fulfill that role during our lifetimes and for future generations. To emphasize the importance of this issue, Jackson Hole Wild, the CITES Secretariat and UNDP have come together once again to organize a film showcase for World Wildlife Day. This year, the theme “Life Below Water: For People and Planet” will spotlight threatened species, highlight the problems we are facing and the ideas we can use to tackle them.

The judges – professional filmmakers, marine biologists and stakeholders from around the world – chose the finalists from more than 235 entries in 6 categories:

The full list of finalists is indicated below. Both winners and finalist films will be subsequently showcased extensively to raise global awareness of the importance of marine species and the critical challenges they face at community screening events presented by partners throughout the world, including free educational screening events for students as well as for local communities around the world to take action to protect and restore our planet’s oceans.

CITES Secretary-General Ivonne Higuero said: “We are most grateful to all the filmmakers for submitting their wonderful works. By using the power of media, we can catalyze deeper understanding of the importance of life below water and the chances to ensure the sustainable use of marine species. CITES provides a safety net for our threatened marine life and it has a long history of regulating international trade in marine species to ensure that this trade does not threaten their survival.  On this World Wildlife Day, let’s recognize the positive contributions that life below water makes to our everyday lives and – no matter who we are or where we are – make conscious decisions to ensure that it can continue to do so for generations to come.”

“We applaud the storytellers behind these visually beautiful and evocative films,” says Jackson Hole Wild Executive Director, Lisa Samford. “The power of media is certain to draw attention to the urgent threats facing the world’s ocean ecosystems and species and inspire action necessary to restore and protect them.”

“The End of Sushi” - The Water Brothers, SK Films

Jackson Hole Wild programs promote public awareness and stewardship of wildlife and wildlife habitat through the innovative use of media. Since 1991, its annual conferences draw together international leaders in science, conservation, broadcasting and media. For three days in 2017, committed wild cats advocates convened for the Jackson Hole Conservation Summit (21-27 September), to share resources and strategies, address critical challenges and brainstorm innovative approaches for collaboration. They will join 650+ of the world’s most influential filmmakers and commissioners at the Jackson Hole Wildlife Film Festival to celebrate the world’s finest nature programming and explore innovative ways to integrate media centrally into the battle against global wildlife crime.