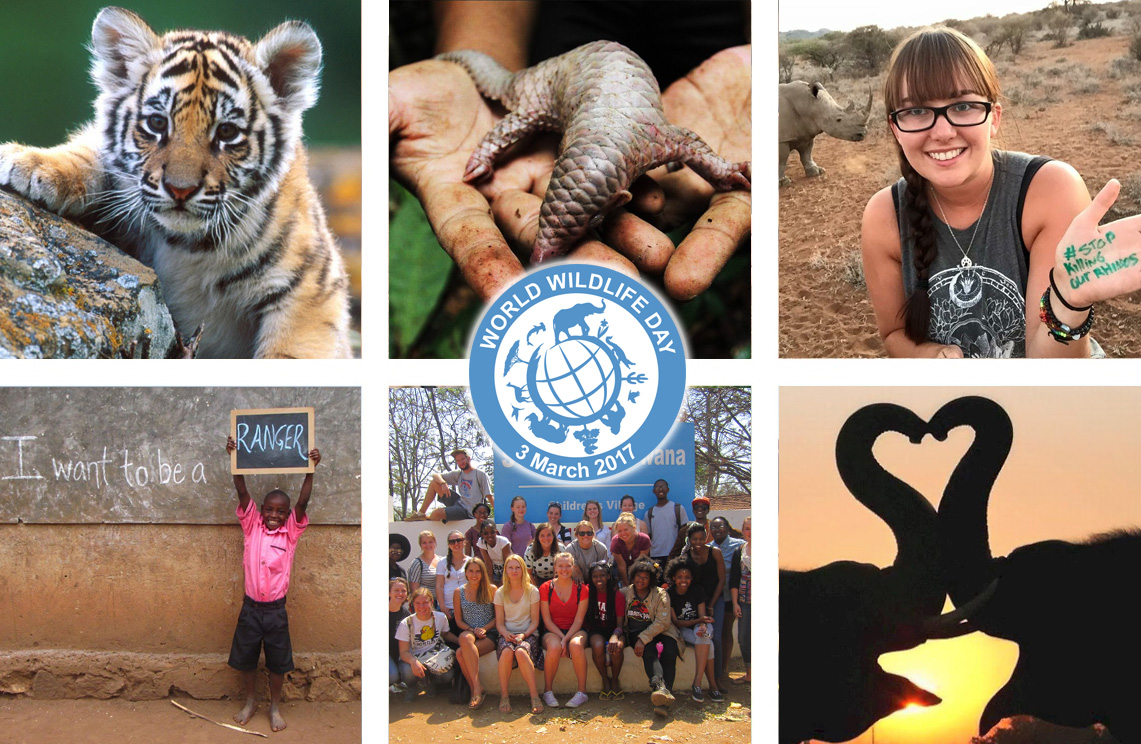 Geneva,  14 January 2017 – The United Nations World Wildlife Day 2017 (WWD2017) will be celebrated on 3 March under the theme “Listen to the young voices”. The CITES Secretariat, as the facilitator for the global celebration of the Day, launched today a photo competition for the youth around the world titled “Through young eyes”.

CITES Secretary-General, John E. Scanlon, said: “World Wildlife Day 2017 is a day when we actively engage with the world’s youth in how to better protect the world’s wildlife.  It provides an opportunity for the youth to express themselves and to take actions to support wildlife conservation. The photo competition is one way for the youth to show their passion for wildlife.”

Habitat loss, climate change and poaching are among the most alarming challenges faced by wildlife today. Poaching and trafficking of wildlife is now the most immediate threat to many species, whether charismatic or less known.  The fate of the world’s wildlife will soon be in the hands of the next generation.  The pressing need for enhanced action to ensure the survival of wildlife in its natural habitats must be imparted from generation to generation, and the youth should have the opportunity to communicate the conservation goals to a wider society.

WWD2017 will focus on motivating, engaging and empowering the youth in wildlife conservation issues, responding to a call to better engage with youth  from the 17th meeting of the Conference of the Parties to CITES (CoP17). The photo competition is aimed to raise awareness of wildlife conservation, including the challenges facing many of the world’s endangered species, and to inspire the youth across the globe to add their visions and to use their artistic talents to galvanize other youth and citizens around the world.

WWD2017 will be a day to celebrate the many beautiful and varied forms of wild animals and plants, to raise awareness of the multitude of benefits that wildlife provides to people, and raise awareness of the urgent need to step up the fight against wildlife crime, in particular, the role of the youth in this cause. We would like to see expression of all of these through your eyes!

You can either show us the beautiful features of wildlife using your artistic skill or to depict how the youth is actively engaged in the conservation of these amazing species that people are sharing the ecosystem with.

The following submissions will be considered ineligible:

All photos must be submitted through the photo submission page on the website of the World Wildlife Day at the URL below:

Anyone aged between 10 and 24, which is the age range defined by the United Nations as “youth”,  can participate in this competition. Those below the age of 13 will need to have their parents’ permission, and will need to have parents (or a legal guardian) help with their submissions.

The competition is supported by the U.S. Fish and Wildlife Service.

One grand prize winner will be provided free air ticket to travel to New York as well as two-day accommodation in New York to attend a high level event at the United Nations Headquarters on 3 March to celebrate WWD2017.

Photos will be judged on originality, technical excellence, composition, overall impact, artistic merit and subject matter relevance to wildlife and/or the role of the youth in wildlife protection. Judging will be conducted by a panel composed of representatives from national governments, UN agencies, the civil society and the youth. The Panel will evaluate all valid entries and select 10 finalists and 1 grand prize winner.

All judging decisions are final. Please do not contact us about the status of entries or judging.

The organizer will notify the finalists and winner via the contact information provided at the time of entry.

As all photos must be fully original, no entries will be accepted or considered if they are deemed to use in whole or part derivative images which could be considered plagiaristic.

Photos that have been digitally altered beyond standard optimization (removal of dust, cropping, reasonable adjustments to exposure, color and contrast, etc.) will be disqualified.

Entries may originate in any format — including, but not limited to digital files, digital prints, so long as they are submitted electronically in a .jpeg, .jpg, or.png format. Multiple exposures that have been combined to produce a single "High Dynamic Range" image are acceptable.

The maximum size of the file to be uploaded should be no more than 5 megabites at the time of entry. Higher resolutions files will be requested should an entry be selected as a finalist.

If you choose to include people in your submission, you are responsible for obtaining the necessary releases from the individuals depicted.

Competition entrants will retain the rights of the photograph. However, by entering the competition, you grant the CITES Secretariat and U.S. Fish and Wildlife Service a royalty-free, world-wide, perpetual, non-exclusive license to publicly display, distribute, reproduce and create derivative works of the entries, in whole or in part, in any media now existing or later developed. Any photograph reproduced will include a photographer credit as feasible.