News and highlights
Other news items
Press releases
For use of the media only;
not an official document.

Panama/Geneva, 15 September 2021 – The Government of Panama and the Secretariat of the Convention on International Trade in Endangered Species of Wild Fauna and Flora (CITES) have signed an agreement formalizing Panama’s offer to host the nineteenth meeting of the Conference of the Parties to CITES (CoP19). 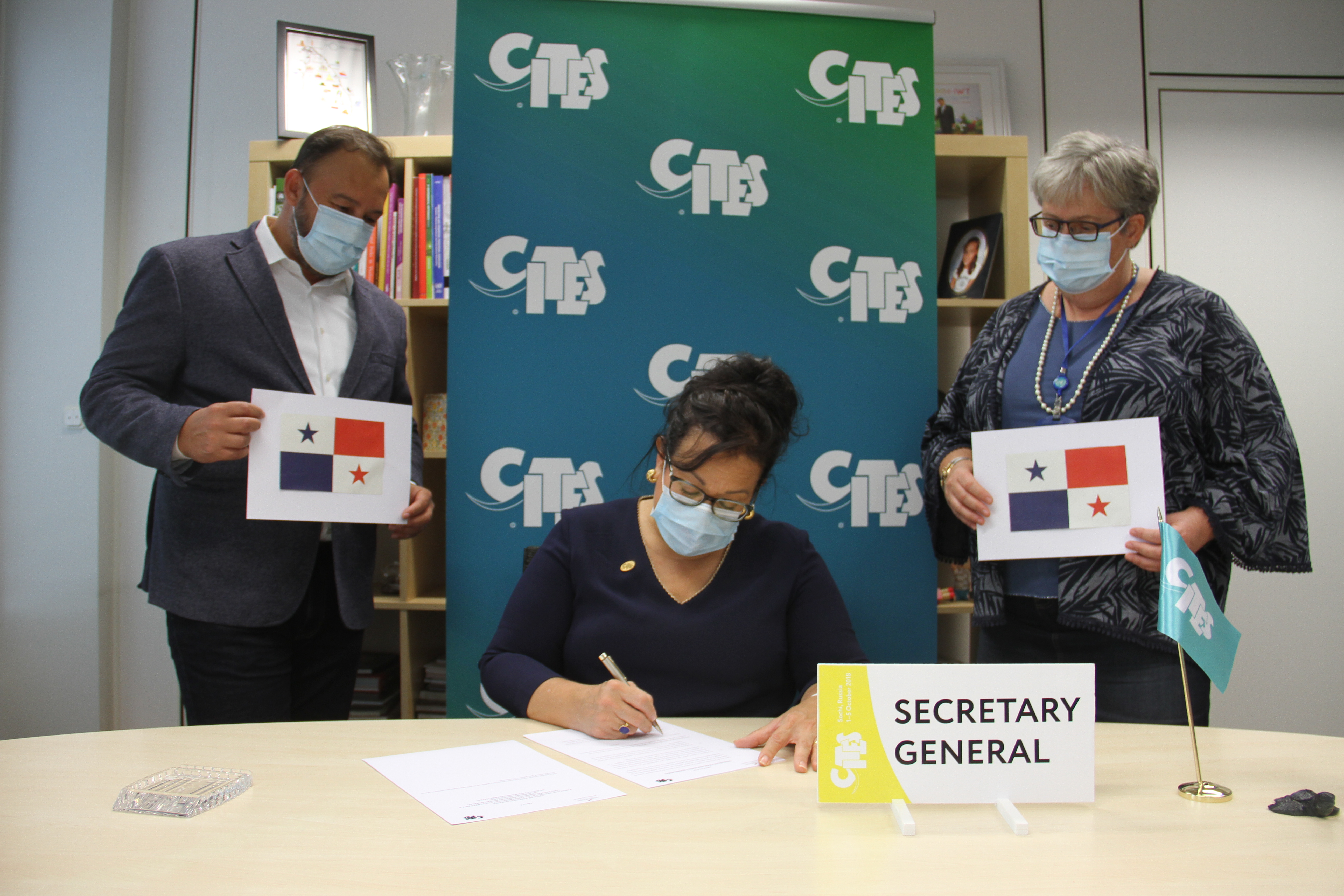 His Excellency, Mr. Milciades Concepción, Panama’s Environment Minister, signed the Host Country Agreement on behalf of the Panamanian government, while CITES Secretary-General Ivonne Higuero signed on behalf of the Secretariat.

Panama will thus host the important gathering, and the nineteenth Conference of the Parties to CITES will take place from 14 to 25 November 2022 in the Panama Convention Center, in the city of Panama. CoP19 will be preceded and followed by the 75th and 76th meetings of the CITES Standing Committee.

The formal signing of the Host Country Agreement comes just under two months after Panama’s initial offer to host CoP19 was first announced.

Panamanian Environment Minister Milciades Concepción stated: "Holding this summit in a country in Latin America is important, as it is an area with a great wealth of species, which cannot be put at risk. This is a challenge for the country, as it means recovering the notion of biological diversity, which represents the perspective of the multiple benefits that it can provide. We must steer these strategies for the protection of flora and fauna and their habitats towards the sustainable use of natural resources and integrate them into development policies."

CITES Secretary-General Ivonne Higuero said: "On behalf of the Secretariat and the Parties to the Convention, I would like to reiterate my gratitude to the Panamanian Government for their offer to host CoP19. We are truly grateful for Panama’s support, which comes at a pivotal moment for the Convention and its central mandate to ensure wildlife trade is legal, sustainable and traceable to avoid commercial overexploitation and wildlife trafficking. We look forward to working with Panama and all Parties in view of further reinforcing the Convention ahead of the crucial challenges we face in improving our relationship with nature."

A 'CoP' meeting is the most important meeting in the context of CITES, as Parties take on a significant body of tasks, including the following:

Meetings of the Conference of the Parties are attended not only by CITES Parties but also by observers, including representatives of multilateral and non-governmental organizations involved in conservation or trade.

'CoP 19' will mark the 19th time that Parties have gathered since the Convention entered into force in 1975.

While it usually meets only once a year, the Standing Committee is also mandated to hold meetings just before and after each meeting of the Conference of the Parties.