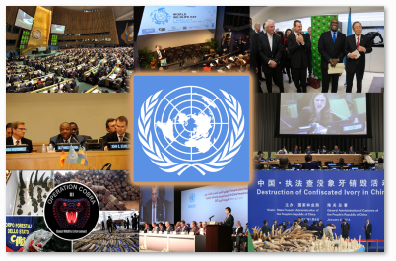 The SDGs, which represent the agreed vision of the 193 Member States of the UN for the next 15 years, call for the protection of wild fauna and flora as well as the ecosystems that they depend on.

Among the 17 Goals and 169 Targets adopted today in New York, the SDGs specifically address tackling illegal trade in wildlife through specific Targets under Goal 15, which state:

15.7 Take urgent action to end poaching and trafficking of protected species of flora and fauna and address both demand and supply of illegal wildlife products.

15.c Enhance global support for efforts to combat poaching and trafficking of protected species, including by increasing the capacity of local communities to pursue sustainable livelihood opportunities.

Commenting on the significance of the adoption of the SDGs, Mr John E. Scanlon, CITES Secretary-General said that: “The adoption of the UN Sustainable Development Goals, with specific targets on ending poaching and trafficking in wildlife, is a powerful expression of political determination to end these highly destructive crimes. These crimes are driven by people’s greed, indifference and ignorance, and it is through the actions of people that we will achieve these targets. The collective effort that is on display in New York this week gives us confidence we will succeed.”

The adoption of the UN Sustainable Development Goals, with specific targets on ending poaching and trafficking in wildlife, is another major step forward in combating wildlife crime. It follows the adoption of the historic UN General Assembly Resolution on tackling illicit trafficking of wildlife, the call made in The Future We Want for firm and strengthened action to be taken to combat illicit trafficking in wildlife on both the supply and demand sides and the outcomes of CITES CoP16.

The important role of both CITES and ICCWC has been recognised in the UNGA Resolution on tackling illicit trafficking of wildlife adopted in July of this year.

“Achieving these SDG targets will require further scaled up efforts at the national, regional, and global levels and CITES and the International Consortium on Combating Wildlife Crime (ICCWC), and many other partners within and outside of the UN, will continue advance this global collective effort”, added Scanlon. 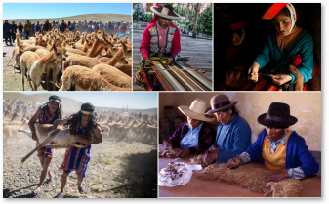 Many other Goals and targets set under SDGs are also of great relevance and significance in addressing illegal trade in wildlife too, including Goal 1 to end poverty. Poverty and the lack of alternative livelihoods plays a role in the poaching of and illegal trade in wildlife, which can only be resolved through long term collective efforts.  The CITES Working Group on Livelihoods is seeking to address these issues.

The legal and sustainable use of wildlife will also contribute to many of the SDGs and targets Goals, including Goal 1, as well as Goals 12, 14, 15, 16 and 17. For the full set of Goals and targets click here.

The Governments of Gabon and Germany, the CITES Secretariat, UNDP,  UNODC, and the World Bank, in collaboration with the Wildlife Conservation Society (WCS), and other civil society partners, will hold a set of High-level Remarks on Wildlife and Forest Crime at an evening reception at the WCS Central Park Zoo on 27 September 2015.

The event is designed to create a high-level platform to reaffirm political commitments to respond to the challenges of wildlife and forest crime as called for by the SDGs and the recent UN General Assembly Resolution on tackling illicit trafficking in wildlife.