Geneva, 5 May 2015 – According to the latest figures released by the National Legislation Project of the Convention on International Trade in Endangered Species of Wild Fauna and Flora (CITES), 88 countries and 13 dependent territories need to strengthen their legal frameworks for the effective implementation of CITES, including to combat illegal trade in wildlife. 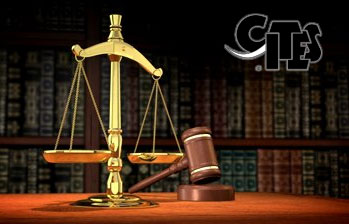 Pursuant to CITES resolutions and decisions and following the call from the UN Secretary General to strengthen the UN System response to tackling illegal trade in wild fauna and flora, UNEP and the CITES Secretariat today announced a collaborative initiative to provide assistance to priority countries and territories, upon their request, to enhance their legislation.

This includes the provision of targeted legal advice on the four basic domestic measures required by CITES, compilation of examples of best legislation, drafting support and close cooperation with UNODC and UNDP on the implementation of the relevant provisions of the United Nations Convention against Transnational Organized Crime, the strengthening of the rule of law and the fight against corruption. A Webpage containing model laws, examples of existing legislation and relevant information has been created by the CITES Secretariat and can be found at /legislation.

“Ensuring the 35,000 species of plants and animals listed under CITES are not illegally traded or exploited unsustainably requires effective national legal frameworks in each of the 181 Parties to the Convention. This joint initiative between CITES and UNEP will offer targeted technical support to countries to meet CITES legislative requirements, which is critical to fight the illegal trade in wildlife” said John E. Scanlon, CITES Secretary-General.

“At the first United Nations Environment Assembly in 2014, the Executive Director was requested to continue to support national Governments, upon their request, to develop and implement the environmental rule of law. This joint initiative between CITES and UNEP will help build national legislation, and in that context to support the fight against the illegal wildlife trade” said Ibrahim Thiaw, Assistant Secretary General and Deputy Executive Director of UNEP.

In June 2014, the first session of the United Nations Environment Assembly (UNEA) of UNEP adopted Resolution 1/3 on Illegal Trade in Wildlife, which spoke to the need to implement existing commitments, ensure synergies in efforts to address illicit trade in wildlife and forest resources, and to enhance international coordination to counter the illegal trade. The Resolution also called upon member States and regional economic integration organizations to:

(d) Support work to reinforce the legal framework, including through deterrent measures, where necessary, and to strengthen capacity throughout the entire enforcement chain;

The UNEA Resolution requested the Executive Director of UNEP:

(d) To continue to support national Governments, upon their request, to develop and implement the environmental rule of law, and in that context to continue its efforts to fight the illegal wildlife trade and to continue to promote actions, including through capacity-building.

The UNEA Resolution also recognizes the Convention on International Trade in Endangered Species of Wild Fauna and Flora (CITES) as the principal international instrument for ensuring that international trade in specimens of endangered wild animals and plants does not threaten their survival, and, together with the United Nations Convention on Transnational Organized Crime (UNTOC), and national legislation, provides the legal basis for addressing much of the illicit trade in wildlife and forest resources.

This joint initiative was made possible by a generous financial contribution from the governments of the United Kingdom and Japan to the CITES Secretariat and the financial and technical support of the Division of Environmental Law & Conventions (DELC) of UNEP.

The need for effective legislation has been highlighted for some time. The absence in many countries of the necessary national legislation to implement CITES led to the Conference of the Parties to CITES agreeing on a practical approach to address this gap in implementation through the CITES National Legislation Project (NLP).

The NLP is a compliance and technical assistance process unique to CITES, which was established in 1992. Its primary aim is the analysis of Parties’ enabling and implementing legislation against the requirements laid down in the text of the Convention and Resolution Conf. 8.4 (Rev. CoP15) on National laws for implementation of the Convention.

1)   Designate at least one Management Authority and one Scientific Authority;

2)   Prohibit trade in specimens in violation of the Convention;

Based on these measures, the CITES Secretariat has been mandated to analyze and categorize, through a consultative process with the relevant Party, each Party’s legislation in one of the three following categories:

Category 1: legislation that is believed generally to meet the requirements for implementation of CITES;

Category 2: legislation that is believed generally not to meet all requirements for the implementation of CITES; and

Category 3: legislation that is believed generally not to meet the requirements for the implementation of CITES.

By the 66th meeting of the CITES Standing Committee (January 2016), Parties whose legislation is in Categories 2 or 3 under the National Legislation Project and which have been party to the Convention for more than five years as of March 2013 should submit to the Secretariat, in one of the working languages of the Convention, appropriate measures that have been adopted for effective implementation of the Convention (Decision 16.33).

The full list of countries with their legislative status is available here.

With 181 Member States, CITES remains one of the world's most powerful tools for biodiversity conservation through the regulation of trade in wild fauna and flora. Thousands of species are internationally traded and used by people in their daily lives for food, housing, health care, ecotourism, cosmetics or fashion.