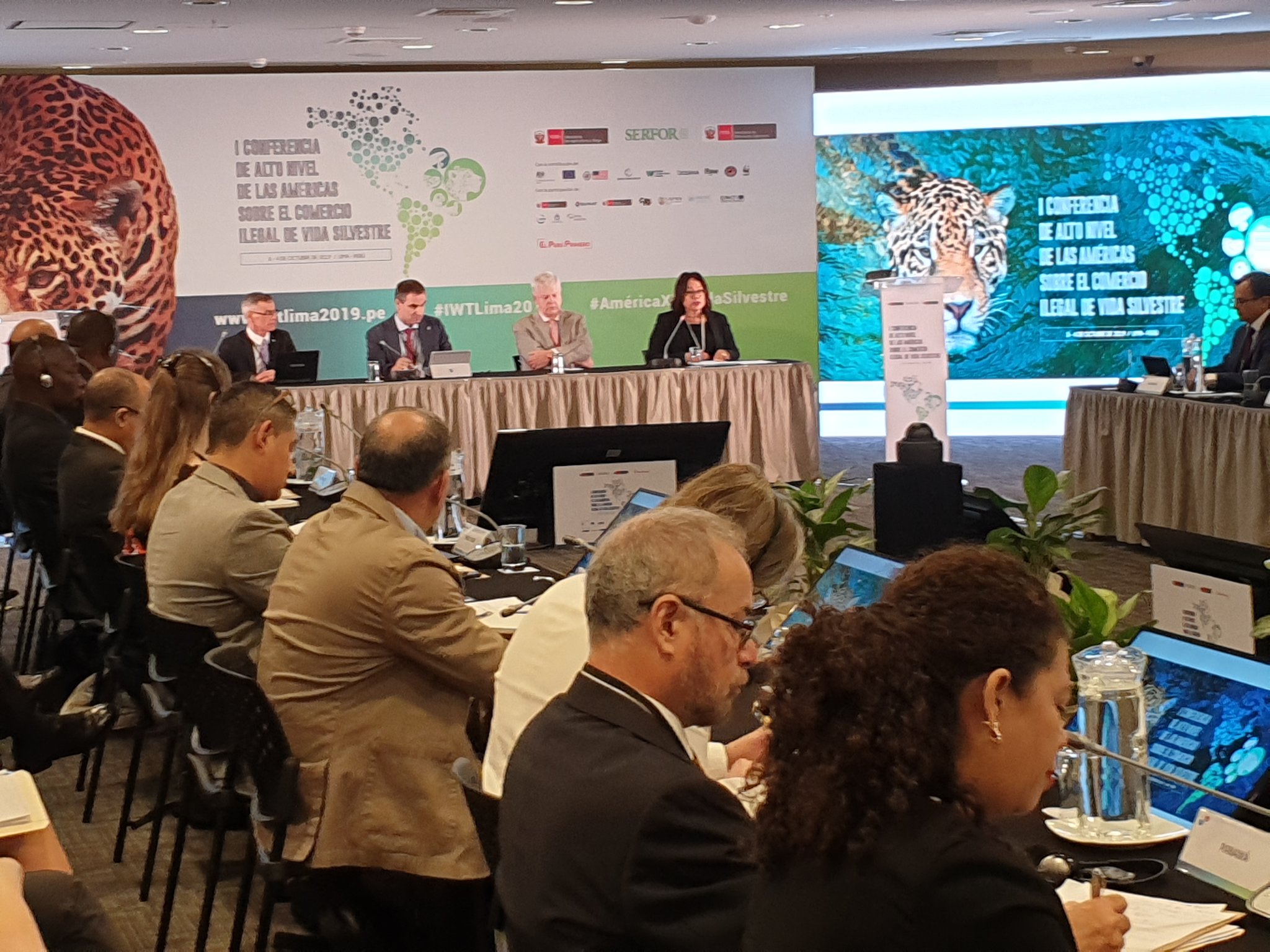 Geneva/Lima, 4 October 2019 – Whilst poaching and wildlife trafficking in Africa and Asia have attracted considerable media and public attention in the past few years, far less has been heard about illegal wildlife trade in the Americas. Yet all is not well in this most biodiversity-rich region on our planet. Did you know 79,000 live animals of protected species were confiscated in Peru alone between 2000 to 2017? Earlier this week, a staggering 12.3 million CITES-listed seahorses were intercepted on their way to Asia by the Peruvian coast guard.

The good news is Parties to CITES in this region are taking these challenges seriously. This week countries from North, Central and South America and the Caribbean came together in Lima, Peru on 3 and 4 October to manifest the region’s resolve to combat wildlife crime, reinforce the implementation and enforcement of the Convention on International Trade in Endangered Species of Wild Fauna and Flora (CITES) and enhance collective efforts to achieve such goals in the Americas and beyond.

CITES Secretary-General Ivonne Higuero, who is attending the high-level meeting in Lima, said: “CITES sets the international rules for wildlife trade and also plays a significant role to facilitate global efforts to combat illegal wildlife trade and wildlife crime. It is however only with the strong commitment of Parties that CITES can be implemented and enforced effectively. As the first CITES Secretary-General from the Americas, I highly commend the Government of Peru for its successful law enforcement efforts and hosting this very first high-level meeting in the region dedicated to illegal wildlife trade. ”

The conference followed the 18th meeting of the Conference of Parties to CITES (CoP18, Geneva, August 2019) that adopted a record 354 Decisions and far-reaching Resolutions to enhance the international wildlife trade control regime. This includes decisions related to the conservation and trade of jaguar, an emblematic species of the region which was included in Appendix I of CITES in 1975. Bold decisions were also taken on tackling illegal trade in wildlife through a three-pronged approach, i.e. law enforcement, reducing demand for illegally sourced wildlife and improvement of livelihoods of rural communities that live alongside wildlife.

Key issues discussed in Lima include the need to strengthen collaboration across source, transit and destination states and the criminal justice system response to wildlife trafficking including wildlife crime linked to the internet. Illegal trade in marine species and jaguar was high on the agenda. The conference also echoed the recent UN General Assembly Resolution on tackling illicit trafficking in wildlife (September 2019) that urged Member States to take decisive steps at national, regional and international levels to prevent, combat and eradicate illegal trade in wildlife by strengthening of the requisite legislation and regulations necessary for the prevention, investigation, prosecution and appropriate punishment of such crimes.

“No country can win the fight against illegal trade in wildlife alone. We have seen in the past what can be achieved when countries work together. All the political, financial and technical support that has been generated here must be translated into direct support to the fight on the frontlines so that Parties are better equipped to fulfil their commitments under CITES,” added Higuero.

During the Conference, participating countries adopted the Lima Declaration, which, among other things, recognizes the great support provided by the International Consortium on Combating Wildlife Crime (ICCWC).  Countries are encouraged to treat wildlife crime as a serious crime and make full use of tools and services available from ICCWC in the fight again wildlife crime.

The Lima Conference builds upon collective efforts underway since 2014 in London, Kasane and Hanoi. All played a critical role in maintaining and enhancing momentum and political support to combat illegal trade in wildlife.