The CITES Secretariat welcomes the Kyoto declaration on advancing crime prevention, criminal justice and the rule of law 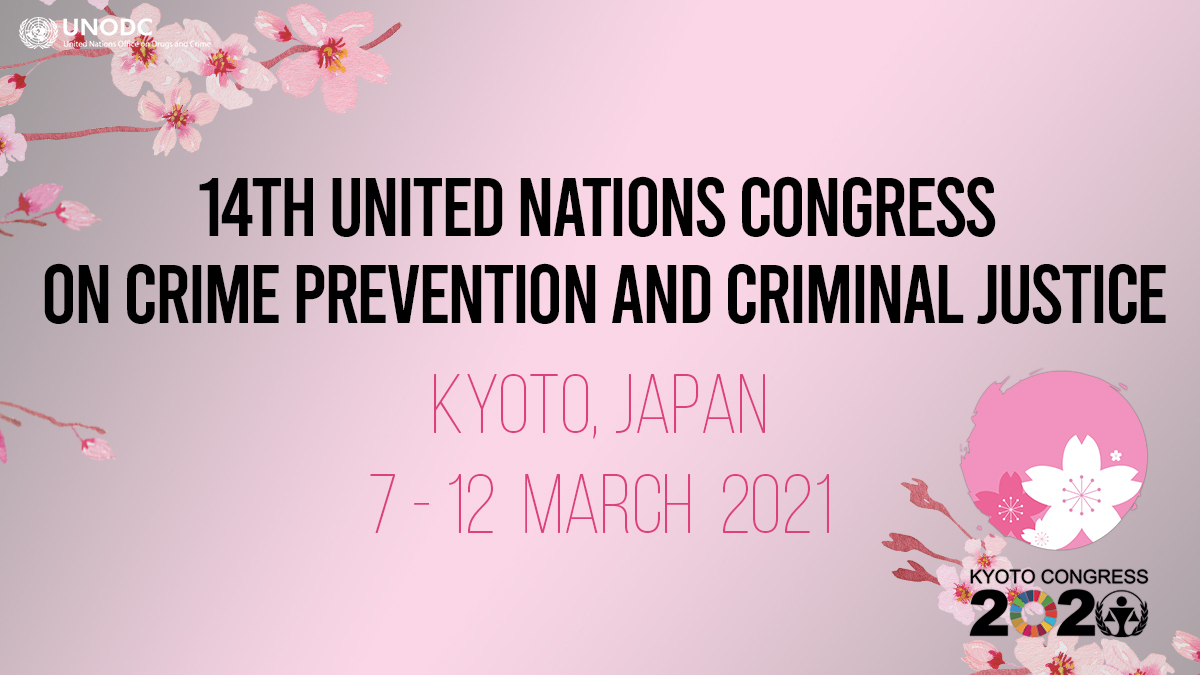 At the Fourteenth United Nations Congress on Crime Prevention and Criminal Justice, held from 7 to 12 March 2021 in Kyoto, Japan, Heads of State and Government, Ministers and Representatives of United Nations Member States unanimously adopted the Kyoto Declaration on advancing crime prevention, criminal justice and the rule of law.

The Congress covered a broad range of crime prevention and criminal justice issues, including the negative impacts of crime on the rule of law, socio-economic development and the environment. The Kyoto Declaration will be submitted to the Commission on Crime Prevention and Criminal Justice (CCPCJ), the principal policymaking body of the United Nations in the field of crime prevention and criminal justice, for its consideration. The CCPCJ further translates the outcomes of the Crime Congress into concrete policy and operational initiatives.

The CITES Secretariat welcomes the Declaration, which specifically addresses the need to adopt effective  measures to “prevent  and  combat  crimes  that  affect  the environment, such as illicit trafficking in wildlife, including, inter alia, flora and fauna as protected by the Convention on International Trade in Endangered Species of Wild Fauna and Flora.”

The Declaration amongst others emphasizes the importance of making the best possible use of relevant international instruments and of strengthening legislation, international cooperation, criminal justice responses and law enforcement efforts aimed at dealing with transnational organized crime, corruption and money-laundering linked to such crimes, and illicit financial flows derived from such crimes, while acknowledging the need to deprive criminals of proceeds of crime. It further highlights the need to strengthen capacity among relevant agencies and personnel in order to combat wildlife crime.

CITES Secretary-General Ivonne Higuero delivered a statement during the high-level segment of the Congress, organized under the theme of Advancing crime prevention, criminal justice and the rule of law: towards the achievement of the 2030 Agenda.

She said: “The work of CITES Parties shows that regulating the trade and use of wildlife can benefit people, planet and prosperity, by conserving wild species while preserving the livelihoods of communities who rely on them. However, this work can be seriously undermined by wildlife crime. The scale and nature of such crime has changed: today, we see significant involvement of transnational criminal groups driving industrial-scale illegal operations.”

Reacting to the adoption of the Declaration, Secretary-General Higuero said: “The Kyoto Declaration emphasizes the need for deliberate action to address wildlife crime and will ensure that this matter remains firmly on the agenda of Parties and relevant United Nations bodies. Further enhancing our commitments to tackling transnational organized wildlife crime is essential, as these activities endanger vulnerable species of wild fauna and flora, threaten livelihoods of groups who rely on them and their habitats, and expose us all to greater global health risks.”

Held every five years, the Congress is the world's largest forum bringing together policymakers, practitioners, academia, intergovernmental organizations and representatives of civil society active in the field of crime prevention and criminal justice.